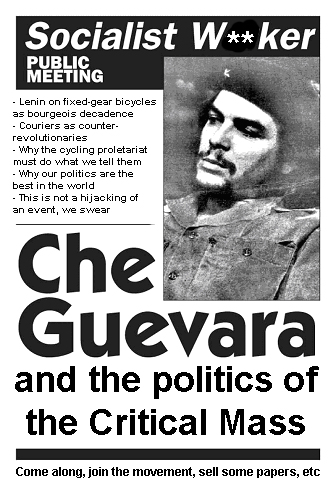 Local Marxists and former members of the DSP Roberto and Jorge Jorquera provide their analysis of the recent history of the Democratic Socialist Perspective. Both left the DSP in 2006, and went on to form the ‘Marxist Solidarity Network’ (MSN). For a brief period, this became ‘Workers & Community First’ (W&CF) in order to facilitate Jorge’s tilt at a seat in the Victorian state parliament. Following this, the MSN renamed itself ‘Direct Action’ (DA), the name previously given to the DSP’s weekly paper (which in January 1991 retitled itself Green Left Weekly). The title ‘Direct Action’ was itself stolen from a previous publication by the Australian IWW, first published in 1914, suppressed in 1917, resurrected in 1921, recommenced (in Adelaide) in 1928, and again suppressed. Between 1970 and 1990 Direct Action was the publication of the Leninist Socialist Workers Party; the DSP re-branded. The Jorqueras are also involved in CLASS, which is apparently independent of DA. And by CLASS I don’t mean the Coalition of Law Abiding Sporting Shooters, but rather the Centre for Latin America Solidarity and Studies; precisely what the nature of the relationship between CLASS and the Latin American Solidarity Network (LASNET) is I’m unsure. (See also: Mexico-Australia Solidarity Network (MASN)).

What happened to the DSP?
Roberto Jorquera & Jorge Jorquera

A small group of comrades including ourselves left the DSP [Democratic Socialist Perspective] in May 2006. Five months after the 21st Congress and 8 months after the National Committee meeting that established the basis for the factional struggle that ensued.

That National Committee meeting in late 2005 brought to light a small leadership group that had decided to make this debate a fight to the death. Those of us at that meeting who had yet to take sides in the politics of the discussion, were genuinely surprised by the response of these comrades, and were met with informal approaches and discussions which indicated far more passion for the question of party regime than for the politics itself.

Of course, being Marxists we started to look for the material basis of this “power struggle”.

Here we were confronted with what appeared like a struggle for the heart and soul of the DSP and the question in debate seemed oddly tactical in nature. From October 2005 any comrade that expressed a view opposing the majority’s line of continuing with the tactic of Socialist Alliance [SA] was considered an alien force.

At first we were all labelled “demoralised”, seen as leaving revolutionary politics, unhappy with our lives, singled out individually for having some personality issue and so forth. By April 2007 this approach was given a “Marxist” form: all comrades who disagreed with the majority line of persisting with the SA tactic were officially declared a “hostile” force.

Our group, now Direct Action [formerly the Marxist Solidarity Network and, briefly, Workers & Community First], left in May that year and we are still considered a “hostile force”. Never mind that Marxists usually reserve the use of the word “hostile” for class-collaborationist forces or police agents, newer comrades of the DSP are now trained to approach the rest of the far left as if they were all enemies of the class.

Our small Melbourne and Geelong based group was keen to put this behind us and do what we could to develop revolutionary politics in at least a small way and with some example. We even hoped to develop relations with the DSP based on respect and united activity. While some of that has happened, it usually comes back to manouvres aimed at undermining our work.

The main area in which DA has developed a national influence and input has been Latin American solidarity work. This has proven an unfortunate example of how the new DSP works. Any work done outside their framework and sphere of influence is simply labelled “trying to destroy the movement”. Apparently you can only support the Venezuelan revolution if you support the leadership clique of the DSP.

For our part, we continue to work with the DSP and have kept one of our comrades as a national coordinating member of the Australia Venezuela Solidarity Network [AVSN], which the DSP run. Even this does not spare us the treatment as a “hostile force”. Our main work in building the Centre for Latin America Solidarity & Studies [CLASS] is derided as a front and wherever possible undermined. It should be known that we have more non-party and other party activists in CLASS in one city than there are active non-DSP members in the entire national organisation of AVSN.

Back to the main question: How did this happen? What’s the material basis that has lead the new DSP leadership on such a path of destruction?

We have some thoughts but we are certainly not presenting them as answers, rather as “food for thought”.

In 2001, following the rise of activism associated with the “anti-corporate globalisation” movement, the DSP took the lead in forming the SA. For most of the eight original organisations involved, the Alliance was conceived of as a project of left unity, aimed at developing an organisational framework for the potentially larger forces moving leftwards. When these forces did not eventuate, rather than reassess its perspectives the DSP proceeded to force march the Alliance into a party form.

At some point in 2004 this tactical mistake and our failure to account for it precipitated the SA tactic becoming the rallying banner for a group of DSP leaders overly influenced by the discourse of the non-revolutionary left and sharing their frustrations at the period. Supported by a growing economist tendency in the DSP, these leaders sought to wage an internal battle for the heart and soul of the party.

The opportunist and sectarian turn of the DSP was fundamentally the result of the defeats imposed by neoliberalism and in particular the ideological retreat of the “post-communist” era. Throughout the 1990s, most of the international revolutionary left suffered similarly. The majority of revolutionary parties with even the slightest connection to the mass movement confronted opportunist tendencies – bent on avoiding isolation at any cost.

We agree that this is a rather general explanation, still wanting. Other more immediate and particular factors also combined to give this process impetus.

By the mid 1990s the DSP began to lose its way in terms of youth recruitment. Essentially its previous campus growth faltered. Until then the youth work of the DSP had provided the compass for its general direction and the majority of its successes. This problem of youth work was increasingly interwoven with the question of party leadership itself. Protracted decline in the DSP’s youth work combined with the demoralisation and partial retreat of the 80s generation of the DSP into a growing problem in terms of leadership regeneration.

Then along came SA. What began as a genuine attempt to advance left unity, was adopted by an older leadership group in the DSP as a remedy for all, as a secret recipe for escaping isolation, and as a means to at least temporarily ease the demoralisation of a layer of middle cadre.

The SA tactic itself – especially with the departure of all other organised forces and almost all active independents with experience and leadership capacity – also compounded the existing problems the DSP had in terms of educating its members in Marxism; forcing DSP members to spend most of their time in internal organisation and administration. More and more what developed was a culture of privileging “getting things done” over theoretical study; or more accurately, of separating the two. This culture produced a lot of DSP organisers who work in a pragmatic framework and leave their Marxism for bedtime reading. This all gets further exaggerated when the tactic of SA, being the supposed new “framework” for the struggle, turns mass work into a sectarian exercise. Proper movement work is replaced with event organising, where guest speakers are invited to speak alongside SA speakers and this becomes your “mass work”. Where does it all stand now?

Will the DSP continue down this track, moving away from the far left and toward some hoped for breakthrough with no left forces by its side? Losing its experienced cadre slowly out the back-door, and turning new members into apparatchiks rather than revolutionary activists? We sincerely hope not. In the right circumstances the DSP leadership may be forced to reopen these discussions and make some re-assessments. What is clear is that for the foreseeable future, these discussions cannot be had inside the DSP. As unfortunate as the expulsion of the Leninist Party Faction [LPF] is, it presents a real opportunity to renew some of these discussions in an atmosphere of genuine, frank and comradely debate. Yes, among the far left groups we compete for members, we debate our lines and ideas, but surely we can work together on many occasions, surely we can debate without a permanent purpose of undermining each other and surely we can differentiate the general development of Marxist ideas and influence from short term manouvre and gain. We in DA never abandoned the party principle, but given our resources chose to do what we could that would best contribute to the development of revolutionary politics in this country. We will continue to do that, especially in helping build solidarity with Latin American struggles and in all our work in Melbourne and Geelong.

In addition we have already approached the LPF and consider that there is every reason for our organisations to unite and develop a national organisation that can begin a process of re-accumulation of activists around the political perspectives we share and hopefully also help reignite some discussions among the various far left groups and activists.

Another bone of contention between the DSP and the LPF is — rather, was — the Action in Solidarity with Asia and the Pacific (ASAP) website. “ASAP is a network of activists around Australia who are building solidarity with and support for movements for social justice, genuine democratisation and self-determination around the Asia Pacific region”, or ostensibly anyway. In reality, it’s another DSP front group. Or was. Apparently, the site was and is maintained by a member of the LPF. According to one LPF-aligned comrade, “Although ASAP is not formally a part of the DSP, on May 13, as a part of the DSP purge of the LPF, with no consultation with [the site maintainer], members of the DSP, who controlled the password on the server for this site, blocked his access to it”. As a result, “The Action in Solidarity with Asia and the Pacific website has moved and changed its name to the Asia Pacific Solidarity Network (APSN). Please bookmark this site and update your links as the old ASAP website will no longer be maintained.”

Actually, it appears that the old site will in fact be maintained, only not by a member of the LPF, but rather the DSP. In other words, there are now TWO sites dedicated to promoting various forms of solidarity between democratic, leftist and socialist activists in the Asia Pacific region, one that remains under the control of the DSP, the other by member(s) of the purged LPF: