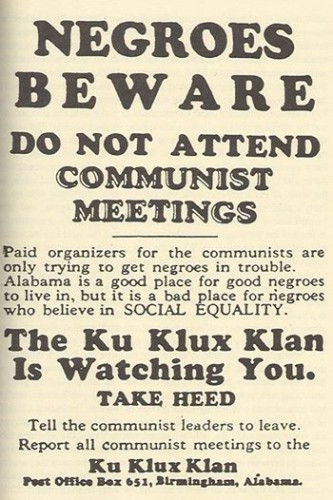 See also : From Anarchists to Tibetan Monks, Here Are Some of the Outsiders Joining Protests in Ferguson, Josh Harkinson, Mother Jones, August 20, 2014 | Ferguson. Over one week in., Anti-State STL, August 20, 2014 | Love Me, Ferguson, I’m a Liberal, Douglas Williams, Jacobin, August 21, 2014.

The police murder of black teenager Michael Brown on August 9 in Ferguson, St Louis triggered a wave of angry protests — which in turn has created a media storm. One of the curious aspects of this reportage was the claim by St Louis police on late Sunday night/early Monday morning August 17/18 that:

This was soon picked up by CNN, among others: “Late Sunday night, a day of peaceful protests devolved into a night of gunfire, Molotov cocktails and tear gas”. The claim re Molotovs was disputed by others (‘Missouri national guard to be deployed at Ferguson protests’, Jon Swaine and Rory Carroll in Ferguson, Teh Grauniad, August 18, 2014):

Police launched their first barrage of gas and smoke at about 9pm on Sunday after fearing an advance on their command post – in a mall parking lot just south of the centre of the clashes – by a largely peaceful protest march, according to Johnson. He said several molotov cocktails were thrown by those taking part in the march, which included children.

This was sharply disputed. “You need to pull these officers back,” Renita Lamkin, an episcopal pastor who has been trying to control the protests, told a police chief by phone, as teargas fell on the march. “There were no molotov cocktails,” she said.

Eyewitness told me last night's Molotov at the chop suey place was thrown by white "anarchist" group. This been going on all week.

I’ve been unable to find any footage or stills of any white “anarchists” throwing Molotovs at either police or restaurants, but The New York Times uploaded footage from several days previous which shows a black man (an “anarchist”?) throwing one. See : Standoff in Ferguson by Brent McDonald (August 13/14). 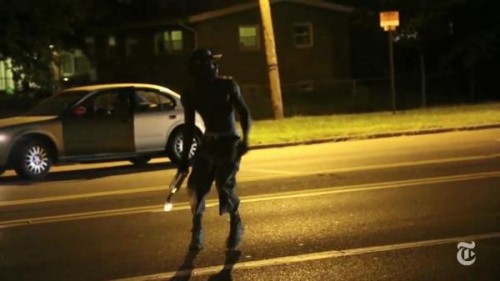 The ‘chop suey place’ Sarah tweets about may be a reference to the fact that on August 11: “At Northland Chop Suey on West Florissant, Paul Fletcher helped owner Booen Jang sweep broken glass from the restaurant. Nothing was stolen from the restaurant and the interior was left intact. But the bill just for boarding the windows came to $2,700. Fletcher said the total cost for replacing the windows is expected to reach $10,000.” Then again, given the distance of a week (August 11 > August 18) between the broken window and the burning, maybe not.

As for (white) anarchists, a few Twitter users have made reference to whites being bad, but others appear to confuse “anarchists” with the followers of cult leader Bob Avakian, a/k/a the Revolutionary Communist Party.

Which, if nothing else, is at least mildly amusing.

Otherwise, the media machine grinds on.

For news and views from anarchists in St Louis, see : Anti-State STL.

I live in Melbourne, Australia. I like anarchy. I don't like nazis. I enjoy eating pizza and drinking beer. I barrack for the greatest football team on Earth: Collingwood Magpies. The 2020 premiership's a cakewalk for the good old Collingwood.
View all posts by @ndy →
This entry was posted in Anarchism, Broken Windows, Media, State / Politics and tagged #AnarchistTVShows, 40 Kiwi Anarchists, “...And That’s Why We Should Keep The Bloody Flag The Same!”, Ferguson, Michael Brown, Sarah Kendzior, St Louis. Bookmark the permalink.

5 Responses to (White) Anarchists in Ferguson?!?