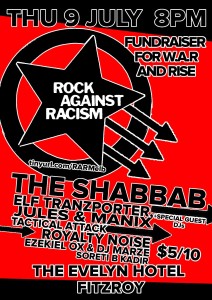 Next Thursday, July 9 @ The Evelyn Hotel (351 Brunswick Street, Fitzroy) from 8pm you can ‘Rock Against Racism’ w some cool punk + hiphop acts — proceeds to RISE and WAR (Warriors of the Aboriginal Resistance). Note: There’ll be cool merch for sale (+ anti-fascist infos) so bring yr $ eh …

The Melbourne Anarchist Communist Group has produced an analysis of Reclaim Australia. It concludes:

Through our mobilisations we seek to halt the progress of the far Right. We must realise the far Right are only a symptom of the government push to criminalise Muslims, [I]ndigenous people, immigrants and people of colour. They label them as potential terrorists and thus enemies of some imagined “Australia”.

We must go a few steps further, therefore, than just engaging in anti-racist and antifascist organising. We must fight the ongoing displacement of Aboriginal people from their homelands in Western Australia. We must fight the mass incarceration and illegalisation of people seeking asylum in this country. We must confront all of these “single” issues. They are part of an entire attack against the working class and our communities, by the Government, capital and the State.

Capitalism generates racism and produces the potential for Fascist groups to emerge. To abolish racism and to eliminate the Fascist threat for good, we need a workers’ revolution to overthrow capitalism.

I’ve uploaded some posters + leaflets for the July 18 counter-rally. The first batch is via No Room For Racism; the second batch has been produced by other anti-fascists in Melbourne.

Please feel free to download, share + distro: I may upload other materials over the next two weeks.

No Room For Racism PDFs: 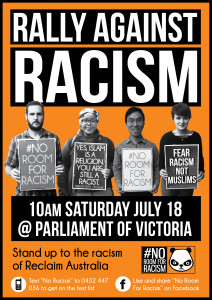 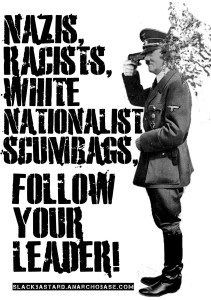 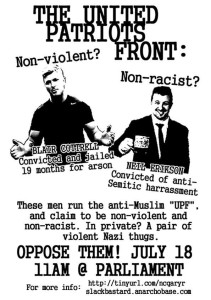 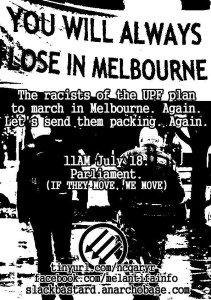 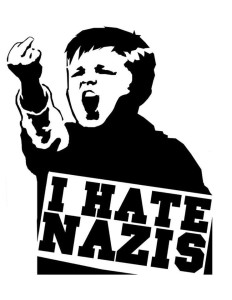 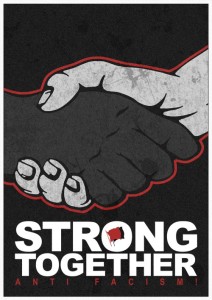 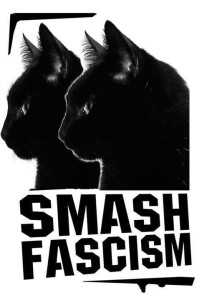 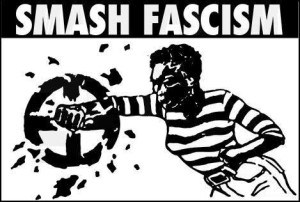 In other news, the ‘Patriots Defence League of Australia’ has been deregistered in the state of Queensland, where it had fraudulently claimed to be an organisation dedicated to upholding the rights of women.

I don’t like the PDLA very much as one of its nominal Presidents, John Oliver of Newcastle, once opined that (after a man named Robert Godino had been nominated by local meatheads as the author of my blog): “Time to go on a good old fashion hunt I reckon. Drag this piece of shit out of his house by his nuts and cut the fuckers off and sew them to his forehead. Dog prick.”

John is obviously not. a. fan. but this and other such statements — “F*** his fb page, lets find this c*** and beat him to a pulp” — as well as John’s decision to publicly declare that he had established a fund in order to obtain my d0x so that my testicles could be removed and sown to my forehead and/or I could be beaten to a pulp (etc. — there’s lots more) doesn’t really seem to be in keeping with the group’s alleged commitment to ah, feminism.