• The ‘United Patriots Front’ (UPF) has declared that it will be rallying in Bendigo again on October 10, the date having previously been nominated by US anti-Muslim activist Jon Ritzheimer as a ‘global’ day of protest. Ritzheimer, who came to prominence after organising two anti-Muslim rallies earlier in the year, “has asked Americans to bring guns to the protests”. See also : BAD CREW – Bendigo Agents of Diversity | Bendigo Action Coalition | Islamic State Calls for Lone-Wolf Attack on Arizona Man Planning Muslim Protest, David Francis, Foreign Policy, May 29, 2015. 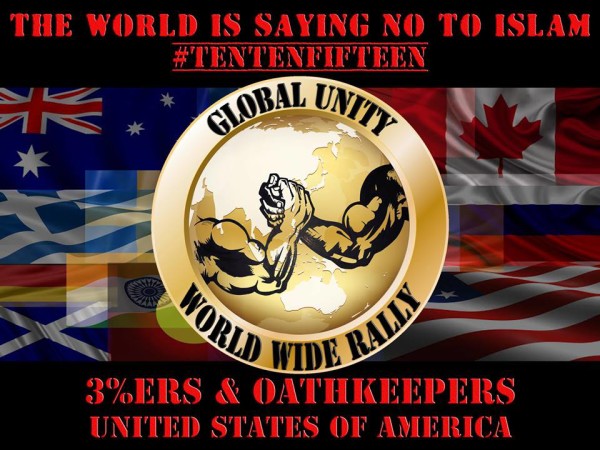 • On The Oathkeepers and The Three Percenters see : Meet the ‘Patriots’ (Southern Poverty Law Centre).

• Ralph Cerminara’s ‘Australian Defence League’ (ADL) — which has declared itself to be in alliance with the UPF — is at WAR! with another anti-Muslim mob called the ‘Patriots Defence League of Australia’ (PDLA). According to Cerminara, the PDLA (and some bloke called Steven Skinner) are traitorous dogs, and he’s published a Facebook page — titled, fittingly enough, ‘Patriot Traitors & Dogs’ — outlining why he has beef with these other patriotik folk.

• Sometime last week, a cheeky monkey put some posters up at Doherty’s gym in Frankston, alerting gym-goers to the fact that UPF leader Blair Cottrell enjoys flexing his Aryan muscles there. Curiously, Cottrell responded by commenting Lol why don’t you just come to my house you little bitches? It’s only down the road from this gym you vandalized. Yawn before posting a photo of himself with a supportive staff member standing next to the posters. Presumably, this means Doherty’s is happy to have neo-Nazis train at their facilities. 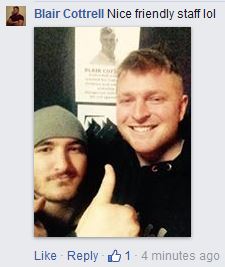