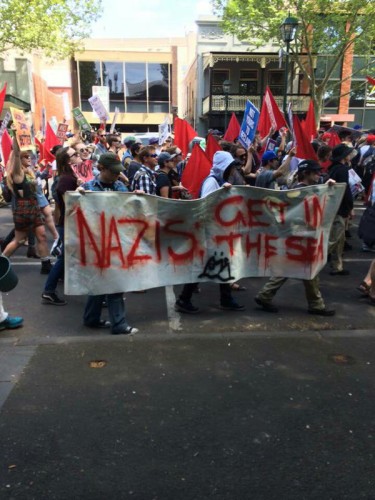 A month or two ago, October 10 was declared by US anti-Muslim activist Jon Ritzheimer to be the date of a ‘Global Rally For Humanity’. Several small rallies were held in the US and one was organised by the English Defence League in the town of Aylesbury, but among those who quickly jumped on board the hate train was the Australian fascist groupuscule ‘United Patriots Front’ (UPF), which organised an anti-Mulsim rally in the Victorian town of Bendigo on Saturday. That rally attracted hundreds in support and was almost certainly the largest anti-Muslim rally on the day. Elsewhere in the country, very small rallies were held in Canberra and Hobart (and Brisbane and Perth), but the great majority of anti-Muslim activists traveled to Bendigo for the occasion. The national mobilisation by the UPF managed to attract perhaps as many as 500 supporters — and a slightly smaller number was organised in opposition to the UPF by the Bendigo Action Coalition. 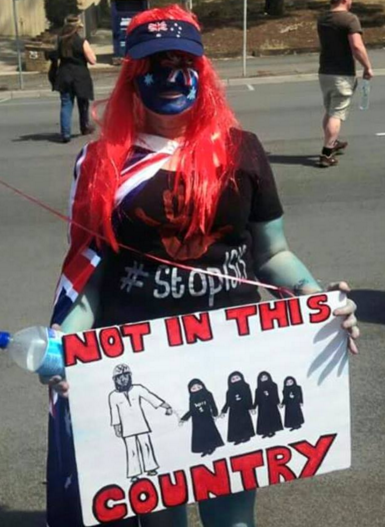 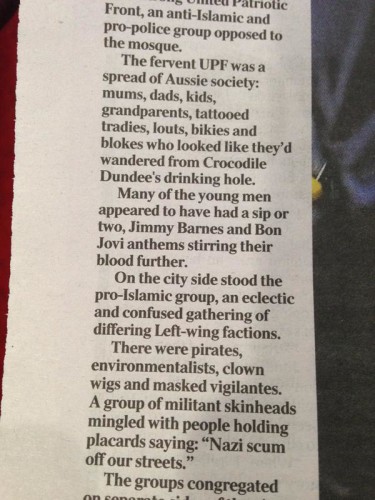 Previously, on October 9, Nick Folkes’ Party For Freedom held a very small anti-Muslim rally at Parramatta mosque. Among the very few who joined him was Australian Defence League Grand Poobah Ralph Cerminara. The previous weekend on his (since deleted) Facebook page, Cerminara called upon his followers to launch ‘lone wolf’ attacks upon mosques and imams. (Cerminara was also in Bendigo on October 10.) The callout received some attention from media but seemingly none from police. 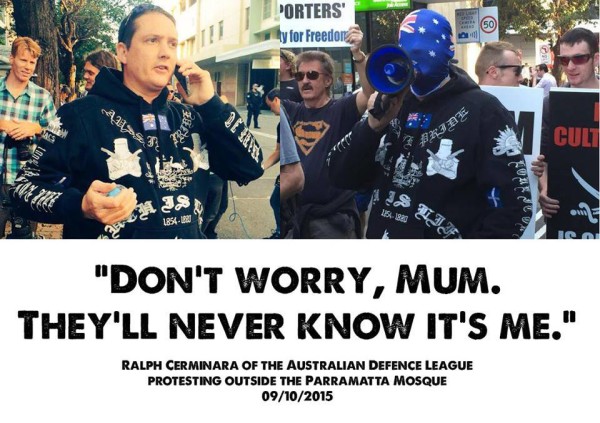