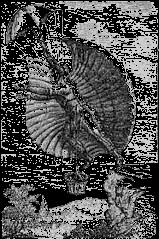 SELF-PROCLAIMED “white nationalist” Peter Campbell says he is ready to co-operate with any police investigation of his activities, but denies violence is involved with the group of people he calls “white patriots”.

The Australian reported yesterday that the Victoria Police security intelligence group was investigating written material that had allegedly been distributed by Mr Campbell detailing how to make a bomb.

Victoria Police confirmed the investigation was under way, but Mr Campbell said he had not been contacted by police in Victoria or NSW, or by ASIO.

“I contacted NSW and Victorian police myself and I had a colleague with a contact in ASIO call them, but no one knew anything about it,” he said.

“Some people say a few stupid things when they’re drunk, but we’re not out to kill people or indulge in terrorism.”

Mr Campbell, who was head of the White Pride Coalition, which openly promotes violence against blacks, Jews and other minorities, said the group had folded a year ago when its US-based website was hacked into “by a group of violent anarchists from Canada”.

The material given to the police includes bomb-making instructions published in an article titled “How to build a David Copeland special”.

Copeland, a white supremacist dubbed the Soho bomber, was responsible for a series of bombs in London in the late 1990s.

Mr Campbell said the article had come from a magazine called The Stormer. This was produced by a group called Combat 18, which he described as a “very militant white-power group”.

“At this end of politics you get a lot of material, and at some time or another I may have had some publication which had something like that in it,” Mr Campbell said.

“But we are not a violent group of people. We don’t have AK47s, we’re not the IRA or anything like that.

“We’re a group of people who want to return Australia to the days when European people were dominant and before multiculturalism came in – the sort of things that Pauline Hanson was saying openly.”

Mr Campbell is a senior sales representative with electrical parts company Heinemann Electric, which was told three months ago about his neo-Nazi activities.

However, the company said it was not convinced the information it was given about Mr Campbell was important [at which fact ETU members evince no surprise].

The printed material given to police included detailed bomb-making instructions. And Mr Campbell has access to items listed in the instructions in his job selling installation products made by Heinemann Electric subsidiary Slegers.

South African-owned Heinemann Electric is at the centre of a dispute over the HoWARd Government’s industrial relations laws after it docked a week’s pay from 46 Melbourne workers who stopped working overtime.

The Australian has revealed that WorkSafe Victoria has issued eight notices instructing Heinemann to improve health and safety standards.

Earlier this week, Heinemann Electric general manager Richard Ross said he knew nothing in Mr Campbell’s background that suggested he should not have been hired.

I live in Melbourne, Australia. I like anarchy. I don't like nazis. I enjoy eating pizza and drinking beer. I barrack for the greatest football team on Earth: Collingwood Magpies. The 2021 premiership's a cakewalk for the good old Collingwood.
View all posts by @ndy →
This entry was posted in Anti-fascism, War on Terror. Bookmark the permalink.