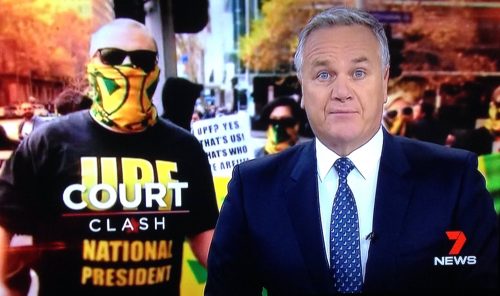 The Three Stooges — Blair Cottrell, Neil Erikson and Chris Shortis — made a brief appearance in Melbourne Magistrates’ Court today for a contest mention. The three have been charged with four offences — serious religious vilification, defacing property, willful damage and behaving in an offensive manner in public — following a UPF publicity stunt outside Bendigo council offices in October 2015. The circus returns to court on September 4.

According to Ben Hillier, more than 50 people attended court in order to support the trio, while another few dozen protested in opposition outside the court. The Five Flag General dominated proceedings outside, while inside Neil Erikson demanded Victorian Premier Daniel Andrews and Police Commissioner Graham Ashton be subpoenaed to appear. Last week, his co-accused, Blair Cottrell, called upon his followers to be prepared to stage an occupation of the court room in the event that they were found guilty. A very odd proposal, given that it was a contest mention, and one which begs the question: stupid, or just plain liar? In any case, beheading a dummy is a big step up from attempting to decapitate his ex-girlfriend’s boyfriend, so fair play.

See : Comedy Company at the Magistrates’ Court as fascists wait for hearing, Ben Hillier, Red Flag, May 23, 207 | Punches thrown as supporters of far-right group clash with protesters outside Melbourne court, 9news/AAP. May 23, 2017.

Snakes On A Plane? Boneheads On A Train! 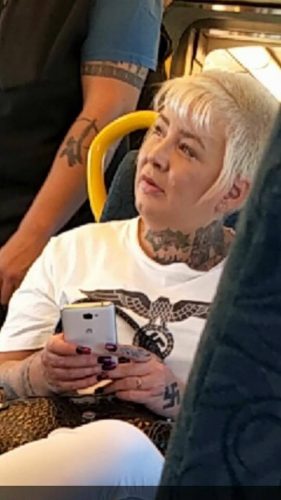 In a rare sighting, two boneheads were spotted on a train on the Ballarat line yesterday. (It’s unknown if the bones have any relation to the bones spotted in Ballarat back in March.) 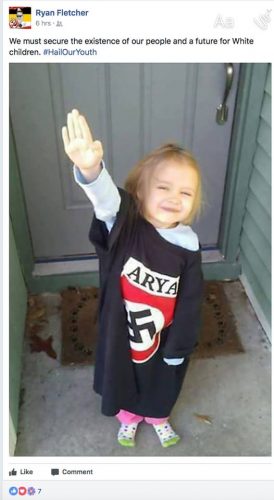 STRAYA follows Yanqui fashions, and the AltReich trend is no exception, from Breitbart to Proud Boys to various patriotik deformations. One bizarr0 publication, called xyz.net.au, features the musings of former hemp crusader Ryan Fletcher. For reasons best known to himself (possibly because of one too many knocks to the head?), of late Ryan has dropped HEMP for Hitler.

See also : Hiding in plain sight: how the ‘alt-right’ is weaponizing irony to spread fascism, Jason Wilson, The Guardian, May 23, 2017 (Experts say the ‘alt-right’ have stormed mainstream consciousness by using ‘humor’ and ambiguity as tactics to wrong-foot their opponents).