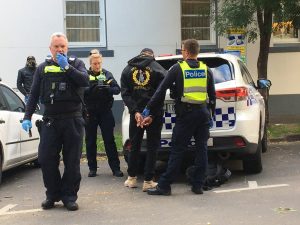 NB. Organisers have postponed the Glitter Nova event however there will still be a gathering in solidarity. 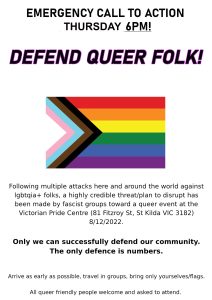 According to conrads at The White Rose Society, nazis belonging to the European Australian Movement/National Socialist Network (& Co.) have threatened to disrupt an event at the Victorian Pride Centre this evening. As a result, an emergency call to action has been made, requesting queer-friendly people attend the event in solidarity and to demonstrate that nazi threats won’t be tolerated by the general public.

Please note that the EAM/NSN have form, having picketed (while under police protection) a family-friendly queer event (YouthFest 2022) in Moonee Ponds at the beginning of October. Prior to this, the boys played a game at the Irish Times Pub in Melbourne, and later won some stupid prizes. Curiously, their efforts won the support of Christian nationalists in the United States, along with Srah Ferguson’s sometime fren, Steve Bannon. 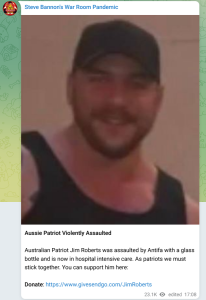 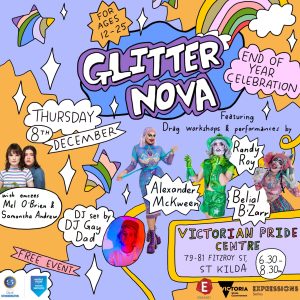 I live in Melbourne, Australia. I like anarchy. I don't like nazis. I enjoy eating pizza and drinking beer. I barrack for the greatest football team on Earth: Collingwood Magpies. The 2023 premiership's a cakewalk for the good old Collingwood.
View all posts by @ndy →
This entry was posted in Anti-fascism, Art, History, Music, Sex & Sexuality, State / Politics, That's Capitalism!, War on Terror and tagged European Australian Movement, Jim Roberts, National Socialist Network, Steve Bannon, Victorian Pride Centre. Bookmark the permalink.