Australia, IMPORTED FKN SIMIAN PIECE OF NEGRESS CRAP, and lets get the ovens raised in melbourne

So yeah, Australia Day. For many, a day to celebrate. For others, to mourn. For me, just another day spent slacking and being a bastard. (Activities which presumably inspire comments such as these.) For local fascist nutters, on the other hand, Australia Day is, unsurprisingly, the source of both pride and anxiety. While most would’ve contented themselves with burning snags, burning skin and getting pissed, at Jim’s Bunker in Tempe, a handful of losers belonging to Australia First listened to Rex Gilroy inform them that Australia was Atlantis, followed by Party Fuehrer Doctor James Saleam complain about the media, followed by some bad metal performed by a band called Machete. In Camden and Cronulla, however, things appear to have been fairly quiet, and it also appears that a wave of pimply teenage fascists failed to descend upon Hyde Park to parade around the Cenotaph with their flags and their vicious ignorance.

Not that this mob isn’t capable of some reflection, of course. For example:

The Age Does It Again – Way To Bollocks AUSTRALIA DAY Twats…

I Think Im Going to be F**KING SICK!

What the HELL is wrong with putting a white Australian on the front page of the AUSTRALIA DAY NEWSPAPER[?]

Not some IMPORTED FKN SIMIAN PIECE OF NEGRESS CRAP[!]

F**k this – Im going to get pissed now

Tsk tsk tsk: sounds like Little Miss [SEIRYU] is upset enough as it is; too much alcohol and she may explode. 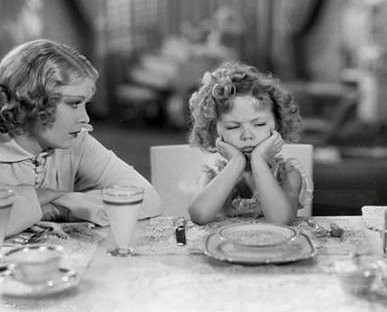 Honestly, what a muppet. She and the rest of her company of Complainey Janeys are always moaning and groaning, bitching and complaining about something, making them sound a lot less like the stoic Australian of myth and much more like a bunch of whinging bloody Poms.

And/or violent psychopaths. For example:

Re: Why I hate Asians and dont want anything to do with them..

hey the friggen arabs do the same [that is, be cruel to animals] there both inhumane race well lets get the ovens raised in melbourne and start chucking there asses in there.
__________________
828 – AUSTRALIA

Yeah… There’s too many Arabs and Asians in Australia. They are Bad. Therefore we should conduct a genocidal campaign against them in the same manner as the Nazis did the Jews in WWII.

Note that one of the few things that all on Stormfront can and indeed must agree upon is that The Jew is Public Enemy #1. Ironic then, that January 27 is International Day of Commemoration to honour the victims of the Holocaust. Further, that after Rhys McLean ‘retired’ as Moderator of the Stormfront Down Under (SFDU) segment on the site (following his exposure as such in an article in The Daily Telegraph), a poll of SFDU members suggests that his most popular replacement is the unrepentant neo-Nazi Carl D. Thompson. As of Australia / Invasion / Survival Day, the disgraced former editor and paranoid delusionist has received 33 of 125 votes. His next closest rival, Paul Innes, has received 29, while Aquila_Audax has 13 and nafe 9. Between them, the top four candidates in the straw poll have garnered over 70% of the votes so far cast.

Not that they’re a bunch of fucking nazis or anything.

As noted previously, the Queensland organiser for Doctor Jim’s Australia First Party is in a spot of bother over accusations that he’s soft on homosexuals. Following Darrin Hodge’s return to the scene of John Drew’s crime,* AF have made a vewy special public service announcement:

(For internal use; not for re-publication unless an article is so marked)

Material launched by Mr. Darrin Hodges on a private smear site* and on Stormfront, demands answer by Australia First.

1. We condemn the poisonous attack upon John Drew (Australia First, Brisbane), who is otherwise incorrectly represented as the ‘leader’ of our party in Queensland. The homosexual slur is repudiated. Mr. Drew informed us:

“I am heterosexual and always have been. I do not condone the so-called homosexual lifestyle. The material quoted against me was more my description of data supplied to me by a ‘gay’ to explain his bizarre personal choices. The information (sic) was acquired more than thirty years ago in a large ‘share-house’ when I was a student. If the composition was not clear, I now make it very clear. I was describing others. I regard the slur on me as an attempt at character assassination by a person with a record of smear and false allegation.”

Mr. Drew offered to stand aside whilst the party examined the matter.

As pointed out by a perceptive Jew hater on SFDU, Hodges’ refers to Drew as a leader, not the leader of AF in Queensland, which is actually correct. Secondly, Drew made three comments. The first refers to his alleged experiences living in a shared household with a gay man in “The Swinging Sixties”. In other words, Drew — the former leader and last man standing in the horribly misnamed ‘Patriotic Youth League’ — shared a house with a gay man in the 1960s. But exactly how old is Drew? Let’s be generous and assume that he’s 55 (a little older than his ideological mentor Doctor Jim). That would mean that he was born in 1952. If so, in 1960 Drew was 8, and in 1969, 17.

Meaning something about his claim doesn’t quite add up.

Now, anyone who follows Jim is obviously not the sharpest tool in the shed, but surely this incident takes the very fit and athletic male who keeps himself in absolutely wonderful physical condition beefcake. Exactly how much are his devotees expected to swallow?

Finally, some brief acknowledgement in the corporate media of the murder of another antifa, another skinhead, in Europe:

A 20-year-old neo-Nazi has been charged in the murder last week of teenage anti-fascist activist in Příbram, central Bohemia.

Local daily Příbramský deník reported that the suspect, wearing a Wehrmacht army uniform, stabbed 18-year-old Jan Kučera on 18 January, one day before far-right groups planned a march in nearby Plzeň. According to witnesses, Kučera was attacked after confronting a group of extremists after they gave the Nazi salute in a Příbram restaurant. The incident was captured on video by security cameras and posted by several news servers 22 January (viewer discretion advised).

Kučera died in hospital as a result of his wounds on 20 January. Dozens of police officers were on watch at Kučera’s funeral five days later.

The suspected assailant was taken into custody and has been charged with murder. Central Bohemian Police spokeswoman Soňa Budská described the motive in the killing as a “personal dispute”, according to Příbramský deník. Police said the assailant was on probation at the time of the incident, having been given a suspended sentence for a different crime, the daily reported.

Earlier, on the occasion of the murder of two other anti-racist skinheads…

It pains [Dan’s father] that his son’s sacrifice is unheralded while the media obsesses on the cultural war between liberal and conservative values. It’s a war, he says, that demands no risk whatsoever from its TV-talking head combatants. “Dan died as a soldier who believed in his cause — anti-racism,” says Walter. His son’s ARA troops are still fighting for the cause, though police advised them to leave when rumors surfaced that the Nazis had created a hit list. The cause unites them with something valued in military custom: courage and a code of honor.

…Individual acts like [the attempted assassination of Mussolini in 1931] were just the tip of anarchist organisation against fascism. In this period every western government saw fascism as a useful bulwark against ‘communism’. From the early 1920’s Italian anarchists had physically fought the fascists and even after World War II anarchists were being jailed for fighting the fascist Italian state in that period.

In Germany the anarchist-syndicalist FAUD (Free Union of German Workers) had decided in 1932 to go underground once Hitler came to power and to work towards a general strike. This proved impossible, the FAUD was far too small to do so on its own and of course once Hitler came to power its numbers were further decimated as many members were either arrested or forced to flee into exile. However with the help of Dutch anarchists they did succeed in setting up a FAUD secretariat in exile in Amsterdam.

Inside Germany FAUD members like labourer Franz Bunget and unemployed steelworker Julius Nolden attempted to continue operating underground. Both were to be arrested by the Gestapo. However with others they succeeded in getting an underground network going that smuggled people out of Germany and smuggled anti-Nazi pamphlets in, often with strange titles to mislead the fascist authorities.

Court records show that one pamphlet went under the title of ‘Eat German fruit and stay healthy’ and became “so popular among miners that they used to greet each other with: ‘Have you eaten German fruit as well?’” The outbreak of the Spanish Revolution in 1936 saw an underground network that raised money for the Spanish anarchists and their fight against fascism and recruited technicians to go to Spain and provide needed expertise.

In December of 1936 however the Gestapo managed to discover the first of these groups and in raids then and in 1937 arrested 89 male and female members of this anarchist underground. In early 1938 these comrades were charged with “preparing acts of high treason”. All but six were convicted.

Julius Nolden was ‘lucky’ and spent the next 8 years in Luttringhausen prison until the arrival of the ‘allies’ in April of 1945. Others were not so ‘lucky’ and were murdered in prison. Lathe operator, Emil Mahnert was thrown out of a window, bricklayer, Wilhelm Schmitz, died in “unexplained circumstances”, Ernst Holtznagel was sent to a military punishment battalion where he died, Michael Delissen was beaten to death by the Gestapo in December 1936 and Anton Rosinke was murdered in February 1937.

The history of the anarchist resistance to fascism is something we are never told about in mainstream or even left histories. The victors over fascism wrote the ‘history’ of anti-fascism after WWII. They gave prominent place to the aristocratic German officers who failed to kill Hitler late in the war but ignored the ordinary workers who struggled in the 1920’s and 1930’s when the western governments saw Hitler as an ally. The account here is but a snippet, based on the valuable work done by the ‘Kate Sharpley Library’ in recovering, translating and publishing this history.

After the war in August 1946, Ernst Binder wrote:

“Since mass resistance was not feasible in 1933, the finest members of the movement had to squander their energy in a hopeless guerrilla campaign. But if workers will draw from that painful experiment the lesson that only a united defence at the proper time is effective in the struggle against fascism, their sacrifices will not have been in vain.”

Pink Action Gets the Goods

Donaldson and his followers were also discovering that being a well known nazi in London had its problems. Donaldson was attacked several times, which resulted in him leaving London towards the end of the year. One of the attacks came after a [bonehead] fanzine had referred to one of the organisations that made up the Anti-Fascist Action coalition, Red Action, as “Pink Action”. On his way home with a take-away meal one evening Donaldson was set about and left lying on the ground. Having several enemies he cried “Who are you?” “Pink Action” came the reply.

I live in Melbourne, Australia. I like anarchy. I don't like nazis. I enjoy eating pizza and drinking beer. I barrack for the greatest football team on Earth: Collingwood Magpies. The 2021 premiership's a cakewalk for the good old Collingwood.
View all posts by @ndy →
This entry was posted in Anti-fascism, History, State / Politics. Bookmark the permalink.

2 Responses to Australia, IMPORTED FKN SIMIAN PIECE OF NEGRESS CRAP, and lets get the ovens raised in melbourne