Stella Artois : She is a thing 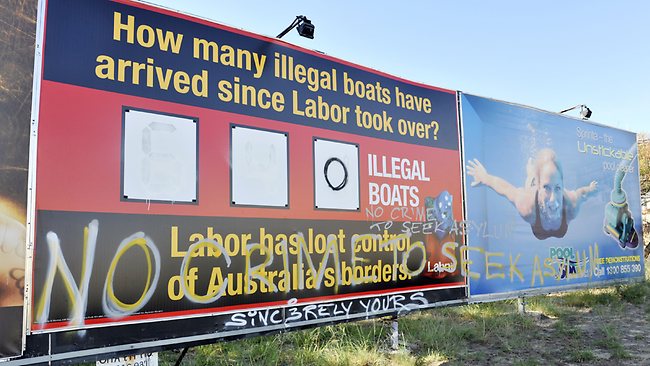 What with all the excitement over the fabulous redecoration (above) of the Tory Party’s hateful and deceitful billboard about asylum seekers I was naturally drawn to the Billboard Liberation Front website. There I came across the Stella Artois advertisement. Y’know, the one with the pretty thing in it. While new to my eyes, the campaign was apparently launched several years ago on other islands. Advertising Age notes that Wes Anderson and Roman Coppola were responsible for the filmic Thing.

How nice for the auteurs. 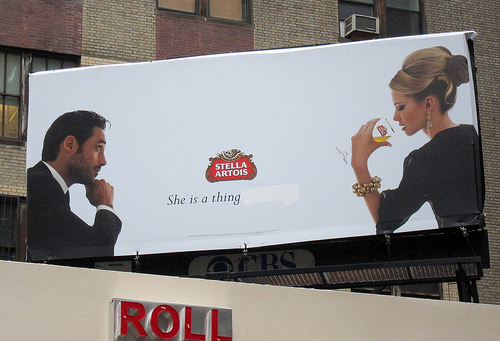 I live in Melbourne, Australia. I like anarchy. I don't like nazis. I enjoy eating pizza and drinking beer. I barrack for the greatest football team on Earth: Collingwood Magpies. The 2023 premiership's a cakewalk for the good old Collingwood.
View all posts by @ndy →
This entry was posted in Art, Broken Windows, Film, History, Media, Sex & Sexuality, State / Politics, That's Capitalism! and tagged asylum seekers, beer, refugees, She Is A Thing, She Is A Thing Of Beauty, Stella Artois, The Mad Monk. Bookmark the permalink.

1 Response to Stella Artois : She is a thing