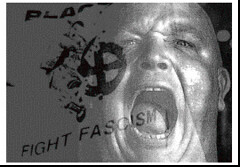 Well it’s no big secret that I’m into scooters.

Doug : I met some of those “SHARP” kids in Missing Link and they didn’t have a problem with us. In fact they apologised for fighting during our set at the punk’s picnic…

The only people that really gave us shit were those oh-so open-minded PC crusty types at the picnic… as soon as we got up on the stage at the punk’s picnic they started shouting stuff out at us like ‘Smash the Nazis’ and all this type of crap. I think we got discriminated against because we wash and have jobs and haircuts…

But seriously, Melbourne is the only place we’ve been to where any of that political crap has gone on.

Doug : “When we played Dirty Ol’ Town, Adam says, in the height of good humour, ‘this o­ne’s for Ulster’ as I’m doing the harmonica intro…” Man then asks Doug what Adam means. “I told him there was nothing to it”; obviously it was a remark made at complete random. Same man then asks ‘Why do you have to be such a fucking girl?’

I asked him ‘Did you just call me a girl?’ He said ‘yes’, so I responded accordingly with a quick headbutt to the nose… The sad thing about it is, someone said that the Ulster bloke’s mate was the guitarist from Vicious Circle. Along with Depression and Civil Dissident, they are o­ne of my favourite Aussie bands and I was looking forward to playing with them at the picnic. No hard feelings there I hope.

Back to the Birmingham…

It seems the [bonehead] contingent all waited until today to see Bulldog Spirit. BHK played first today, unfortunately to a pretty empty room… Bulldog Spirit played next and the room filled out a bit as the [bones] came in to watch. Rotten played after us and I reckon they were even better than at the picnic. I’m really impressed with this band. Kind of ’85 style chaos punk done really well. The [bones] asked James from Rotten if they could play a couple of ‘apolitical’ songs. Ideologically James was very much opposed, but in reality he didn’t really have much choice as they pretty much outnumbered everyone in the room. The boys, Bail Up!, played some solid sounding Oi style tunes including a Last Resort and a 4 Skins cover before diverting from their ‘apolitical’ stand and launching into full blown white power stuff.

We went back to the Arthouse to pick up our gear, pay up, and leave. The guy at the Arty said that he got a phone call at 3am o­n Sunday morning saying that there were twenty blokes coming to get us and that he’d better let them in. The guy told them that we were at a party so they didn’t bother showing. Talk about a storm in a teacup.

‘I hate quoting bands to make a point, but Roddy Moreno summed it up pretty well’:

FUCK FASCISM BEFORE IT FUCKS YOU.

Bulldog Spirit will be playing this Saturday at The Espy between 7.40 – 8.10 in The Gershwin Room.

The following bands will happily be sharing the stage with them: 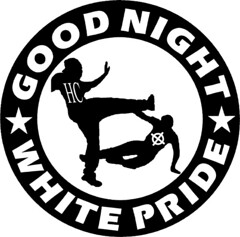