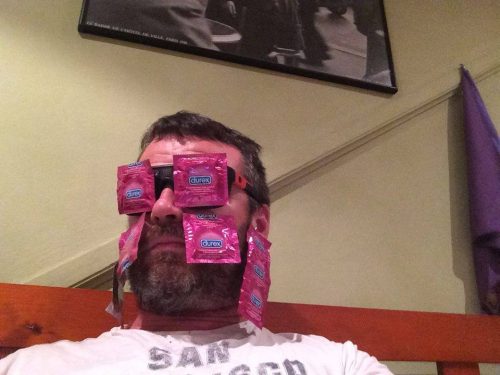 Something in the order of 200 or so other people joined Diamond Yarra Valley Resistance Solidarity (DYVRS) for a gathering and march, while several thousand more — including the supporters of ‘Welcome to Eltham’ — gathered in the city for a refugee rally. A good account of the day’s events in Eltham is provided by Kieran Bennett in Far-Right Outnumbered In Eltham (November 5, 2016), while the ABC published Eltham refugee rally: Scores turn out to support Syrian refugees being resettled; The Age Battle for Eltham: Welcoming butterflies a background to anti-refugee protests, The Guardian Victorian anti-refugee rally: counter-protesters turn up in strength and SBS (AAP) Pro and anti-refugee protests in Melbourne. 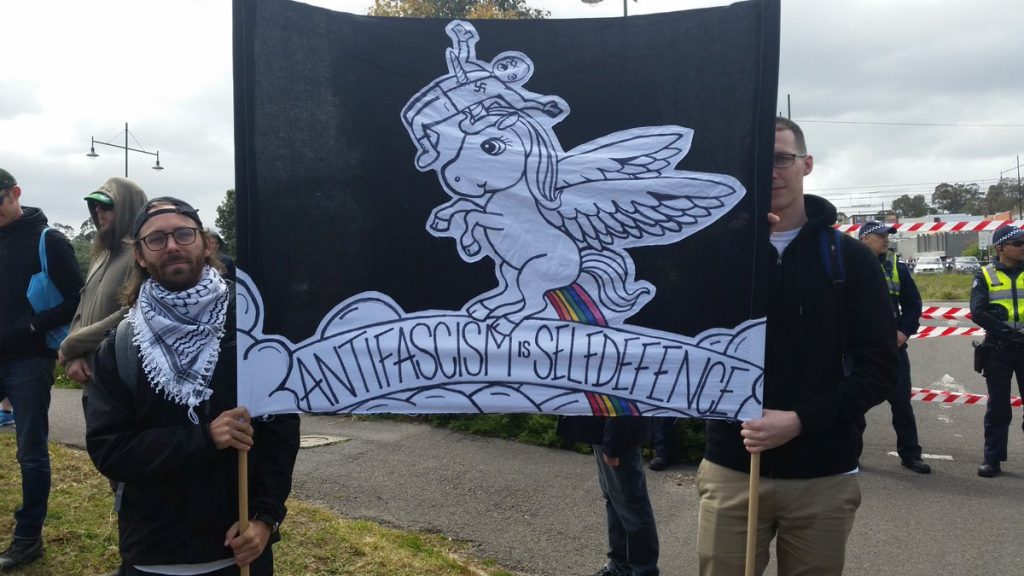 The relatively small number who rallied under Folkes’ PFF banner is indicative of two things. One, there’s very little sympathy for those opposed to the housing project in the local community, especially when this opposition is being proclaimed by racist thugs. Two, the brief popularity enjoyed by Reclaim Australia and the UPF as a vehicle for racist, right-wing and xenophobic discontent — especially in Bendigo and, to a lesser extent, in Melton — has largely collapsed. This is likely due both to opposition and the failure to achieve very much through public mobilisations, but is also likely related to the various legal problems encountered by some of its adherents, most obviously in the case of alleged terrorist and TBC supporter Phillip Galea. So too, the prosecution of Blair Cottrell, Neil Erikson and Chris Shortis for racial and/or religious villification. As noted previously, John Wilkinson and Linden Watson, though also taking part in the UPF stunt in Bendigo, have escaped prosecution. Notably, Wilkinson had close dealings with Galea, allegedly providing him with cattle prods for use on leftist demonstrators.

At this stage, the next hate rally is scheduled for January in Sydney under the auspices of Reclaim Australia. In any event, the photo below, courtesy of JE, sums things up in Eltham today I think: a racist teenybopper from the True Blue Crew giving the finger to locals. 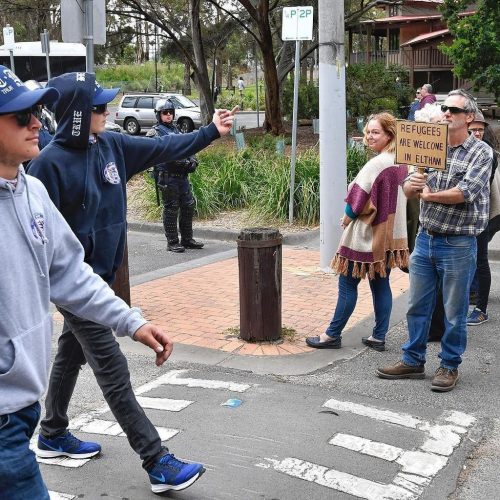 7 Responses to Butterflies & Unicorns Win “The Battle of Eltham”