Nazis. Bikini Nazis. And who the hell is this guy anyways?

WHITE-supremacist party Australia First is launching its bid for State Parliament with a video of a woman in a burqa and bikini being harassed by invisible Lebanese men.

The bizarre ad posted on its website features the woman lying on the beach talking about being propositioned by men “of Middle Eastern appearance” and making other somewhat surreal statements as well as several non-sequiturs.

“It’s natural that blokes admire females who take pride in themselves while embracing the Aussie way of life. That includes the beach and the summer lifestyle,” the woman, whose face is covered but body is exposed, tells the camera.

“I love the beach, confidently striding along in my cossie, carefree and feminine. The female can show off yet needs to maintain decorum, unless she’s strutting along Darlinghurst Rd. But I’m just enjoying the beach.”

Then a heavily accented voice from off camera says, “Hey baby I want to fuck you Leb style.”

The woman continues her monologue, saying: “There must be about a dozen of them, all of Middle Eastern appearance. Just ignore them.”

The accented voice comes back again, saying: “Ya mole, want to get raped white bitch?”

The woman then appears to get to the heart of the anti-immigration message: “What did I do to incite that? I’m minding my own business and, besides, this is our way of life but those who can’t or won’t accept this believe we are targets. Do they think their comments will impress or flatter me or are they frustrated virgins? They are assaulting us. I say they’re arrogant, intolerant, ignorant and racist towards the Australian female.”

The ad is seeking to capitalise on anger over the December 11 riots at Cronulla, where the party is fielding a candidate [John Moffat] for this month’s election.

“I don’t think we’ve got a conversation. Whatever you say you say, which is what you do anyway,” he said.

However in an internal party newsletter Dr. Saleam, a former neo-Nazi convicted of organising a shotgun attack on a black politician, says Australia First wants to use Cronulla to spark a wave of white nationalism.

Jesus. Forty years experience as a fascist propagandist, and all Herr Doktor can manage to produce is this crude nonsense? Doktor Goebbels he ain’t. 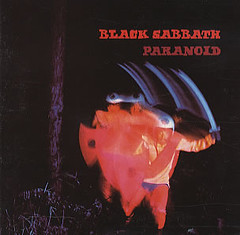 Oh yeah, speaking of fascist twats, my blog has recently been subjected to a rigorous critique by pseudonymous members of Stormfront Down Under.

In fact, Deco — who wants to know ‘Who the hell is this guy?’ — reckons it’s “a litany of lunacy”, FrankW exclaims that I’m a ‘deranged sycophant’ and a ‘mindless insect’, David Innes (‘Baron Von Hund’) thinks my writing would improve considerably if only Mum would hug me more often, while Ben Weerheym (‘Patriot Alliance Downunder’) takes the opportunity to practice his alliteration, describing FDB! as being composed of “misfits, miscreants, malingerers and maggots”. Aquila Audax, on the other hand, is so incensed by the contents of my blog that he recommends it be hacked: which makes him sound more like a scared little rabbit than a big bad bird of prey.

Having gained an inkling that maybe my views aren’t appreciated by the wingnuts on Stormfront, Deco then asks the brains trust: “This may be a silly question, but are these people dangerous? Especially that @ndy bloke?” To which giorg1 replies: “They do come across as fairly unstable and radical. Half of it is all talk and show (and most of the talk is scatological), but given the opportunity they will try it. Don’t touch these people with a ten foot pole.”

Yeah well, I dunno about ten foot poles, but the reference to scatology must surely refer to Herr Schickelgruber‘s penchant for scat.

Not content with indicating his displeasure at my online presence, Oryctolagus cuniculus then whinges about another FDB! member: “The maggot Weezil supposedly sits on the NSW Police Multicultural Advisory Board. The NSW Police [bureaucracy] either is unaware of this or does not seem to consider that having a criminal on one of their boards is somehow inappropriate. Either way it illustrates the total hypocrisy of our enemies and of their government supporters.”

But the last word — literally, the moderators have locked the thread — goes to a fan of washing powder:

“Anarchist dirtbag, that’s about it”.

Listen to Iron Maiden baby with me?

I live in Melbourne, Australia. I like anarchy. I don't like nazis. I enjoy eating pizza and drinking beer. I barrack for the greatest football team on Earth: Collingwood Magpies. The 2023 premiership's a cakewalk for the good old Collingwood.
View all posts by @ndy →
This entry was posted in !nataS, Anarchism, Anti-fascism, Media, State / Politics. Bookmark the permalink.

3 Responses to Nazis. Bikini Nazis. And who the hell is this guy anyways?