[Update (September 5, 2021) : You can donate to the WSF-IWA Afghan Rescue fund directly here.]

The seizure of state power by the Taliban has generated an enormous number of refugees: The United Nations has warned that up to half a million Afghans could flee the country by the end of the year and has called on neighbouring countries to keep their borders open. Anarchists in Afghanistan are among those fleeing the Taliban, and an international effort is under way in order to ensure their safe exit and to provide food, medicine and other necessities.

"WSF has been successful in helping Afghan anarchist comrades.
Many thanks to @IWAAIT and especially @AsiaIwa IWA affiliates"

Solidarity is our strength ✊

Please contact the sub-secretariat of the ASF-IWA — asia-pacific [at] iwa-ait [dot] org — for further information on how to donate funds to support ongoing efforts to help anarchists from Afghanistan escape the Taliban. 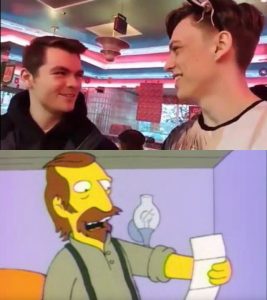 On this week’s episode of Yeah Nah Pasaran! we talk to Ariel Bogle [Twitter]. Ariel is a journalist and analyst at ASPI’s International Cyber Policy Centre doing research on disinformation and propaganda; ‘Catboy Kami’ is a loser called Tor Gustafsson Brookes. 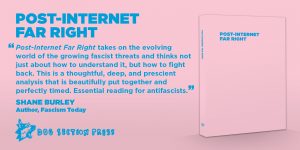 On this week’s episode of Yeah Nah Pasaran! we talk to Alex and Sam of the podcast 12 Rules For What [Twitter]. 12 Rules is ‘A podcast about fascists, nazis, and far right, from the perspective of the left’ and you can support the show via Patreon. With Dog Section Press, they’ve recently authored Post-Internet Far Right:

The far right has changed. Since the rise of the internet, it has scattered, diversified, and stuck itself back together. The internet has facilitated these tendencies, filtering and contorting familiar forms of activity and ideology, and pushed far-right groups to adapt, causing the decline of some formations and the break-up of others. But the far right has not gone away – far from it – it is more powerful now than it has been for a generation. It has produced new configurations of tactics, priorities, and goals. Those who have survived the arrival of the internet have found a greater capacity to exert power than at any point since the Second World War.

The far right is in a state of productive diversification. It has yet to cohere around a new stable formulation; however, it almost certainly will, and we must be ready for it.

• Please note that the podcast version of this episode contains a longer discussion with Alex and Sam.
• You can listen to the podcast on Apple, Spotify and other platforms.
• We also have a Facebook page for the show, which you’re invited to ‘Like’ and to ‘Follow’.
• I have a Patreon account which youse are also invited to support.

After a break of a few weeks I’m back on the air with Cam.

ICYMI, the last few episodes are available as a podcast:

On this week’s episode of Yeah Nah Pasaran!, we talk to Boris, Fritz and Rey of The Empire Never Ended podcast (TENE), an Antifascist Amerikanski-Balkan podcast about (neo) fascist terror, the (deep) state and the alienation produced by capitalism. And how to get rid of all that (Twitter/Patreon/Facebook).

We talked to them about The Order of 9 Angles, fascism in the Balkans, Operation Gladio and even (in the podcast version) the Rural People’s Party! 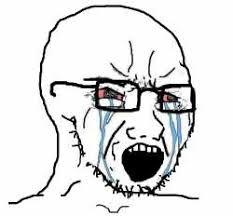 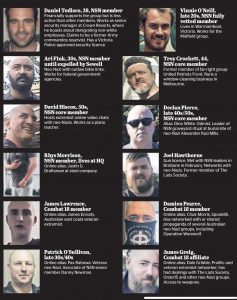 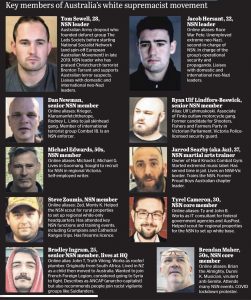 Fittingly, the deceased’s body is now hosted by the NLA.

At its worst, and there is no kind way to say this, it was a hatefully racist and sectarian sewer, and was a predecessor of the kind of filth-as-speech that is now the worst, and most dangerous, of social media. It would be kind, but unfair, to remember only its good moments, without the horrible.

That said, I did appreciate the following: 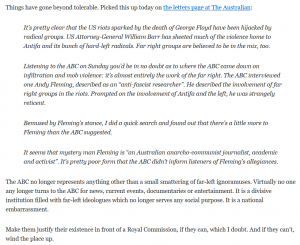 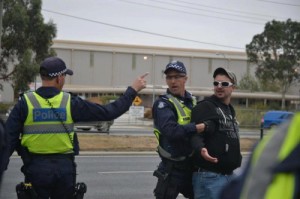 Today, neo-Nazi serial pest Neil Erikson was sentenced to 10 weeks in jail after being convicted of disrupting a Christian religious service in Hawthorn in May 2019.

Erikson’s jail sentence follows soon after a previous one, having been found guilty in May of this year of disrupting a Muslim gathering in Federation Square in April 2019 (just a few weeks after the Christchurch massacre).

Prior to this, in February 2014, Erikson was found guilty of stalking a Melbourne rabbi but was spared a custodial sentence, the magistrate remarking that ‘she had no doubt Erikson’s calls were motivated by prejudice and found he had little remorse for his crime’; in handing down today’s sentence, Magistrate Angela Bolger told Erikson ‘It’s appalling and shameful conduct, but I suspect you might be beyond shame, because you’ve done this before’.

Indeed, Erikson has spent the last 15 years or so engaged in similar behaviour, had numerous court appearances, and never once expressed remorse. In May 2019:

Having disturbed a gathering of “faggots” on Sunday, on Monday Erikson was in court, along with [Ricky] Turner, to face charges arising from the Milo stoopid of December 2017. Erikson was later found guilty of affray & assault with a weapon, and received a 120-hour community corrections order as punishment; Turner accepted a plea deal of a $1,000 fine and a 12-month good-behaviour bond. (Last month, Erikson’s olde nazi chum Richard Whelan had his charges dropped, and earlier Dwayne McKenzie and Garry Hume received diversion orders, as did Soldier of Odin Garry Mattsson.) 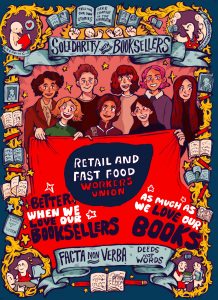 … their first ever enterprise agreement to secure the most basic provisions:

• safety policies covering bullying, workplace harassment and discrimination;
• job security rights including conversion from casual to part time employment and protections in the case of redundancies; and
• a living wage of $25 per hour.

Workers are calling on Better Read Than Dead to treat them with respect and come to the table with a fair offer, and to end the union busting.

All of which seems fairly reasonable eh.

But while for over two decades Better Read Than Dead bookshop has thrived in the heart of Newtown’s King Street, which houses a vibrant community and offers one of the most eclectic shopping experiences in Sydney, and the business modestly describes itself as a literary landmark that nourishes the neighbourhood’s intellectual dynamics with a specially curated collection of books and regular author and community events, it seems that commerce triumphs over ‘community’ in this instance, and their staff’s collective decades of bookselling experience, diverse tastes and deep love of reading counts for nought.

In any case, you can support BRTD workers by donating to Welfare Support Fund for RAFFWU Members at Better Read Than Dead, sending messages of solidarity and support to RAFFWU and, if you scribble for a living, read and sign the petition Our words are in their hands: authors for Better Read Than Dead workers.

On this week’s episode of Yeah Nah Pasaran!, I rejoin Cam to talk to Mike Rothschild [Twitter] about his NEW! book The Storm Is Upon Us: How QAnon Became a Movement, Cult, and Conspiracy Theory of Everything (Hachette Australia, 2021) — which is pretty much what it says on the tin.

See also : What Makes a Cult a Cult?, Zoë Heller, The New Yorker, July 5, 2021 | Why Does the QAnon Conspiracy Thrive Despite All its Unfulfilled Prophecies?, Time, June 30, 2021 | QAnon and on: why the fight against extremist conspiracies is far from over, Tim Adams, The Observer, June 20, 2021. 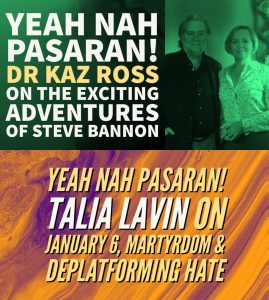 And in case you missed it, last week (July 15) Cam spoke to Talia Lavin, the author of Culture Warlords, about the January 6 Capitol riot/insurrection and Deplatform Hate, while on July 8 The Good Doctor spoke to Dr Kaz Ross about every ABC journalist’s favourite ‘Leninist’, Steve Bannon. 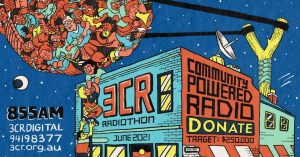 a) During 3CR’s annual radiothon, Yeah Nah Pasaran! hit our target of $800 and then some, raising over $2,000 to help keep community radio on the air!

b) I’m taking a short break from broadcasting, but will be back very soon.