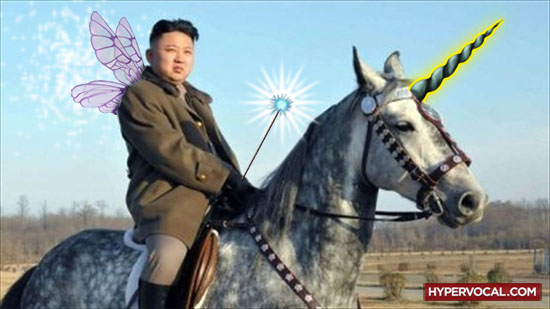 The Spartacists rejected the claim.

Awesome! Courtesy of AA, I’ve discovered that one of my favourite Tory ex-student politicians/Victorian Liberal Party powerbroker, Michael Kroger, is a leftist trainspotter! The Man About Town has been gracing the pages of Uncle Rupert‘s UnAustralian zine and the ratings #1 smash hit The What’s a Few Aboriginal Children Between Friends?, Anthropogenic Climate Change is A Plot Hatched by Communists to Take Away Our Guns & Phrenology Hour with Dr Andrew Bolt on Aunty Gina‘s TV channel, calling Abbott critic (BOO! HISS!) Barbara Ramjan a liar and stuff (Abbott accuser sues Liberal Party powerbroker, October 24, 2012):

In the ensuing ruckus, Mr Kroger, who was defending Mr Abbott, accused Ms Ramjan of lying about the alleged punching incident, and also another incident which happened on campus in 1978. On the Bolt Report, hosted by conservative pundit Andrew Bolt, and the next day for The Australian, Mr Kroger produced a Trotskyist student political newsletter which he said showed that Ms Ramjan had claimed that members of the rival far-left Spartacists on the University of Sydney campus had threatened to kill her.

The Spartacists rejected the claim.

Then again, The Spartacists reject the claim that Lenin was an arsehole.

See also : “OK well that’s a strongly-held opinion on your part Greg but…” WE ALL HATE CATHOLICS AMIRITE (September 14, 2012).

In a much more contemporary vein, three students at La Trobe (once a Spartacist stronghold, supposedly), are being prosecuted by University authorities for being all uppity ‘n’ shit. One revolting student writes: “you thought you could forget about the la trobe university vice chancellor [Paul Dewar], didn’t you? BUT HE HAS NOT FORGOTTEN YOU. he’s charged three student protesters with general misconduct and is going to try to expel them before next semester starts.”

I’m not sure precisely what the three students are being accused of, but FYI La Trobe has a colourful history in this regard, one detailed in Barry York’s book Student Revolt: La Trobe University 1967–1973 (Nicholas Press, 1989). In any case, Dewar appears to think that fat blokes pushing kids around is educational; presumably, he’s also trying to kick-start a backfiring student movement by selecting — seemingly at random — a handful to punish for some monkey business back in August. Anyways, if youse wanna find out moar, there’s a meeting at 6pm on Tuesday, December 18 at Trades Hall to discuss how best to respond to Dewar’s latest bRanes storm. Fingers xed a Sparticist will attend — and the cosmic ballet will go on…

I live in Melbourne, Australia. I like anarchy. I don't like nazis. I enjoy eating pizza and drinking beer. I barrack for the greatest football team on Earth: Collingwood Magpies. The 2023 premiership's a cakewalk for the good old Collingwood.
View all posts by @ndy →
This entry was posted in !nataS, Broken Windows, History, State / Politics, Student movement, Television, Trot Guide and tagged Defend North Korean Deformed Workers State!, La Trobe University, Michael Kroger, Spartacism, The Mad Monk. Bookmark the permalink.