Lenin At The 2013 Australian Federal Election 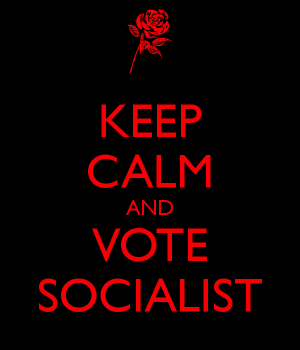 Last week I took a look at the election of September 7 and how the far right fared. While results have still to be finalised, here’s a brief account of the material verdict of history enacted upon the candidates for the far left. Note that the CPA did not stand any candidates at this election, nor did the CPA(ML), SAlt or TP; the Sparts denounced everyone else on the PSEUDO-left in this handy leaflet.

In a move that shocked many most some me, Ron Poulsen of the mighty Communist League elected not to battle for the seat of Blaxland this year, choosing instead to fly the red flag in the NSW Senate. As a result, Ron received 148 votes [FINAL], or 0.0003 of a capitalist quota.

Technically speaking, the PLP didn’t run a candidate this election, but supported Susanna Scurry in her attempt to snatch the seat of Newcastle. In the end Susanna scored 1,026 class-conscious votes (1.20%) [FINAL].

SA stood seven candidates for the Lower House and a Senate ticket in NSW.

Liah Lazarou in Adelaide scored 980 votes (1.07%) [FINAL] and came last of six candidates. Corio (VIC) has been confirmed as a decidedly un-Christian location, with Godless Communism (aka Sue Bull: 680 votes/0.75%) [FINAL] beating both the Australian Christians’ and Rise Up Australia candidates (550/0.61% and 364/0.40% respectively). In Fremantle, Atheistic Socialism done OK too, Sam Wainwright beating the CEC (131), APP (205) and RUA (416) candidates: his 743 votes (0.85%) [FINAL] leaving SA in striking distance of Family First (0.93), Katter’s Australian Party (1.22) and Australian Christians (1.34%). In a crowded field of eleven, Liam Flenady gained 377 votes (0.44%) [FINAL] in Griffith (QLD), Socialism proving to be more popular than Stable Population (165/0.19%) but not much else (including fundamentalist Christianity). In Newcastle, Zane Alcorn (616 votes/0.72%) [FINAL] proved too popular for the Australian Independents (367/0.43%) but no others, including the fascist Australia First Party. Peter Boyle in Sydney done a bit better: his 614 votes (0.70%) [FINAL] forcing independent Joanna Rzetelski (602/0.68%) into last place but also confirming that trainspotters are a force to be reckoned with the Bullet Train for Australia candidate seizing 793 train-conscious votes. Finally, in Wills (VIC), Margarita Windisch got 1,024 votes (1.13%) [FINAL], and placed last; Clive Palmer, Family, Sex & BEER proving to be marginally more attractive than Marxism.

Hamstrung, like the other socialists, by a lack of access to millions of dollars in campaign funding, the SP’s Anthony Main gaining a semi-respectable 1,140 votes (1.35%) in Melbourne, proving to be slightly less popular than SEX! but more popular than independence, families, Clive Palmer, stable populations, democratic labour, animal justice, bullet trains, Christian fundamentalism and secularism.

Otherwise, the Alliance for Workers’ Liberty examines the dilemmas of the Australian election here, while Socialist Alternative’s Louise O’Shea claims that SA is the only principled left party what run here, scandalously ignoring the CL, PLP, SEP and SP candidates.

I live in Melbourne, Australia. I like anarchy. I don't like nazis. I enjoy eating pizza and drinking beer. I barrack for the greatest football team on Earth: Collingwood Magpies. The 2021 premiership's a cakewalk for the good old Collingwood.
View all posts by @ndy →
This entry was posted in State / Politics, Trot Guide and tagged 2013 Australian federal election. Bookmark the permalink.

4 Responses to Lenin At The 2013 Australian Federal Election