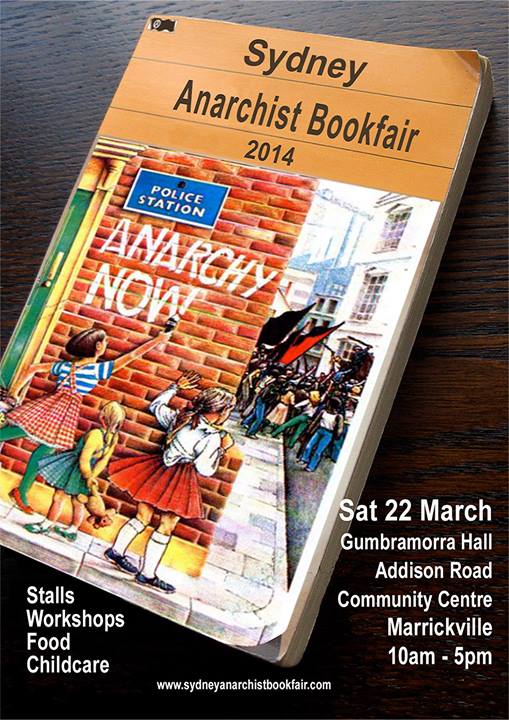 For the first-time ever in Sydney, dozens of anarchist groups from across Australasia will be converging on Sydney for an ‘Anarchist Bookfair.’

The State and Capital are sure to shake in their boots at the sight of so many punks, trade unionists, feminists, queers, rabble-rousers and general ratbags all browsing books and discussing ideas.

Anarchist bookfairs started thirty years ago in the UK, and have since spread to cities all over the world. The original London Anarchist Bookfair now sees over 5,000 visitors attending and engaging with the radical ideas and texts. The bookfair was infamously described by prominent UK anarchist Ian Bone as ‘the anarchist Christmas’ – where anarchists come together, meet up with old friends – and enemies – and buy presents for themselves and others.

Bookfair spokesperson Nic Neven expects attendance at this year’s Bookfair to “reflect the fact that more and more people are beginning to search for an alternative to the chaotic political system that is capitalism.”

Highlights on the meeting schedule include:

Revolutionary anarchism gained a foothold in the daily lives of the popular classes 15 decades ago in the heart of the industrialised world – but also, crucially, in the colonial and post-colonial worlds where it offered the oppressed a practical set of tools with which they could challenge the tiny, heavily armed, parasitic elites. Anarchism provided the most devastating and comprehensive critique of capitalism, landlordism, the state, and power relations in general, whether based on gender, race, or other forms of oppression and exploitation. But it went far beyond that: African historian Michael Schmidt examines the anarchist practice of running cities in Spain during the Cantonalist Revolt of 1873-1874, their control of the city of Guangzhou in China over 1921-1923, of the two-million-strong Shinmin free zone in Manchuria of 1929-1931, the anarchist-influenced free zone in Nicaragua in 1927-1933, the better-known territorial control exercised in parts of Mexico, Ukraine, and Spain, and their involvement in the Iranian Revolution of 1978. These and other examples show that far from eschewing the exercise of power, anarchists actively decentralised power into the hands of the popular classes, a “counter-power” enlivened by working class counter-culture.

* Michael is an investigative journalist from South Africa and will be representing the Instituto do Teore e Historico Anarquismo (ITHA) of Brazil. 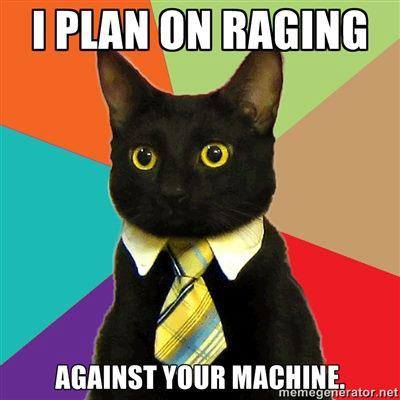 I live in Melbourne, Australia. I like anarchy. I don't like nazis. I enjoy eating pizza and drinking beer. I barrack for the greatest football team on Earth: Collingwood Magpies. The 2021 premiership's a cakewalk for the good old Collingwood.
View all posts by @ndy →
This entry was posted in Anarchism and tagged Sydney Anarchist Bookfair. Bookmark the permalink.