The same pub that two weeks prior to this Saturday’s gig happily played host to a neo-Nazi gig — organised by the neo-Nazi Blood & Honour Australia (B&H) and the Southern Cross Hammerskins (SCHS) — to mourn the death, in 1993, of the founder of Blood & Honour, Ian Stuart. An article in the local Melbourne Times (claimed weekly readership: 145,000) informed residents of inner-city Melbourne that this was the case; what it didn’t mention was the fact that this was the second year in a row that the annual ISD Memorial gig had been held at ‘The Birmy’. Nor, for that matter, did it record the fact that ‘The Birmy’ played host to the gig in years previous (prior to 2005, the ISD gig was held at The Jam Tin / Skull Bar in Cheltenham).

How it is for B&H and the SCHS, in their putrid fantasies, is that Asians, blacks, Jews, gays, lesbians, people with disabilities, anarchists, leftists and leftist journalists and unionists have to move aside or be forced to stand in line before then being forced to enjoy a bus ride to a convenient venue — perhaps accompanied by the rent-a-cop James Newman and B&H gauleiter Welf Herfurth — whereupon the neo-Nazi scum will lock them in and then burn it down.

So don’t waste my time, ‘cos the time’s up for hiding behind a gutter punk image; this is part of the class fight and it’s time to wake up ‘cos the spotlight is on you. But I guess only time will tell if there’s punx ahead… or mere poseurs. 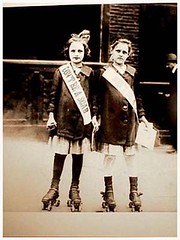 It’s really pretty simple: from start to end, people before pubs, and punx before boneheads.

Captain Charles Boycott was a former English army officer who served as the agent for an absentee landlord in Ireland in the second half of the 19th century. He was very harsh, refusing to lower rents in hard times and dispossessing tenant farmers who couldn’t pay. In 1880 the tenants, encouraged by the Irish Land League, retaliated: they organized a campaign to isolate Captain Boycott, encouraging the local people to refuse to have any dealings with him or his family. Charles Parnell of the Irish Land League said that those who refused to lower rents or who took the farms of people who had been evicted should be treated like “the lepers of old.” Boycott and his family found themselves without servants or farmhands and without mail delivery or service in stores. Their own crops failed, and they eventually fled back to England.

People see the Eureka flag, and they consider it a symbol of National Action,” laments Shannon. “Really, though, those bastards have stolen it: it’s the working class flag, and it’s non-racist. Our slogan is Unionism Not Racism.

For the fakes and frauds, it’s a fucking fashion show
total compromise, will have them sell their soul
all the negative, all the useless influence
all the emptiness, all the violent detriment
makes no sense…