Whoever said love conquers all? 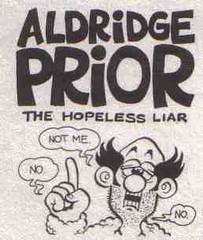 A former National Front member’s fairytale marriage to a Waikato woman is over as he ramps up his involvement in the white supremacy movement again.

Kyle Chapman, who vowed to give up his far-right activities when he married devout Mormon Claire Clifford in May, has been linked to [that is, in reality, is a key organiser with] the white pride [that is, in reality, the neo-Nazi vigilante] group Right Wing Resistance, which has been patrolling the streets of New Brighton in Christchurch.

Mr Chapman, once convicted of fire-bombing a marae, co-ordinated a gathering at the Wellington Cenotaph this weekend for the far-right’s annual Flag Day observance.

He was among about 30 members of the National Front and Right Wing Resistance who converged on central Wellington. Left-wing counter-demonstrators stayed away this year to avoid giving the marchers a bigger profile.

Mrs Chapman told the Waikato Times today she and Kyle Chapman separated last night because he had refused to maintain his wedding day promises.

“Kyle hasn’t given up things that he said he was going to but that was probably always on the cards because he is so in love with it,” she said.

“Last night I asked him to leave and basically I just said to him ‘if you get involved in that stuff then don’t bother coming back’.”

When contacted by the Waikato Times, Mr Chapman said he no longer spoke to the media.

The Right Wing Resistance, which Mr Chapman has described as the “street arm” of his Nationalist Alliance, says Christchurch is the centre of a “white pride” revival. It now claims to have members in five cities.

Mr Chapman has also been continuing his attempts, announced in January, to found a “European Nationalist land base” in Canterbury and has been appealing for donations.

Paul Innes, the plasterer from Perth who (as ‘Steelcap Boot’) moderates ‘Stormfront Downunder’, spearheads similar efforts in Western Australia; the effort is part of a shambolic attempt by white separatists to establish ‘Pioneer Little Europes’ across the world. Sadly, Jeff Hughes, the leader of one such effort in Nanaimo, Canada, was shot to death by police several days ago (October 23), in circumstances which at this stage are unclear. Hughes apparently posted as “nish in exile” on Stormfront, and was a member of ‘Northwest Front Canada’. ‘Northwest Front Canada’ is a project of veteran US neo-Nazi Harold Covington.

“We will win the hearts of the people living there bit by bit,” he wrote on a white pride website. “To avoid it becoming [sic] a [sausage] fest we will look at supporting some Eastern Euro like-minded women for the many single men we have.”

In May, the Waikato Times reported how the 38-year-old former leader of the National Front married the former Miss Clifford and moved from Christchurch to live with her on her lifestyle block on the outskirts of Hamilton.

In an exclusive interview on the day of his wedding, Mr Chapman pleaded with people to give him a chance to turn his life around after quitting his roles with the Nationalist Alliance and The Survive Club. He said at the time he “wanted to have a nice peaceful life with Claire”.

Mrs Chapman is pregnant with Mr Chapman’s child but she said she intended to divorce him. The baby is due in February.

“I don’t know about anything he is involved with. I don’t go to the websites or anything. I am not really that way inclined. He just doesn’t get it because he is just so ingrained in his way of thinking.”

“He mis-represented himself to me but in some ways I have learned such a lot and I guess I was naive but I have woken up a lot more through this.”

Mrs Chapman said Mr Chapman no longer lived with her and she understood he was living in Paeroa with a group of followers.

Kyle posts on the white supremacist ‘Stormfront’ using the handle ‘NZTrooper’, a handle he’s been using since 2003. See also : OMGWTF Kyle Chapman is back! (Again.) (October 25, 2009).

I live in Melbourne, Australia. I like anarchy. I don't like nazis. I enjoy eating pizza and drinking beer. I barrack for the greatest football team on Earth: Collingwood Magpies. The 2023 premiership's a cakewalk for the good old Collingwood.
View all posts by @ndy →
This entry was posted in !nataS and tagged Kyle Chapman, New Zealand National Front, Right Wing Resistance New Zealand. Bookmark the permalink.