[Update (June 25, 2021) : A Public Letter to Annamarie Jagose, A group of concerned students from within the Gender and Cultural Studies Department, Honi Soit, June 25, 2021.]

A couple of years back, while I was in bed because I’m slack, a ‘United Patriots Front’ stunt was held at 3CR with a very smol crowd of nazis holding “Jews Will Not Replace Us” and “The Great Replacement” beliefs. I know this because I wrote about ’em for The Guardian a week or two before the stoopid and, scrolling through my social media feeds later that night, a handful of people mentioned the incident. 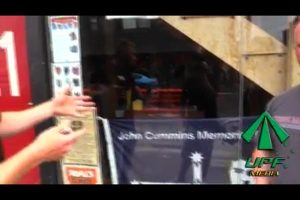 It was a beautiful Melbourne morning, clear blue skies and bright. Following speeches, an imaginary drum, a tambourine and horns marked time as the group gained entry, 3CR later reporting that they ‘filmed throughout the building without permission. In an effort to intimidate the station and its programmers, they then posted the video on their Facebook page.’ I admit it was a strange feeling when—sitting in my shitty Melbourne rental, catching up on the day—I realized that 3CR, even when empty, is an activatable ideological site. Not-so-strange to hear, for the umpteenth time, in a short video clip of the group walking around 3CR offices, my own name in an angwy rant by a man previously convicted of anti-Semitism (and, in June 2021, one just recently released from prison after being convicted following a further, Islamophobic stunt carried out in the wake of the Christchurch massacre).

You don’t have to be much of a queer theory maven to understand wage theft, but ‘the complexities of the interpellative moment that hails into being what it purports only to recognise’ is, I suppose, one way of saying ‘nazis gonna nazi’. I’d heard, of course, previous rallying cries against ‘Zaky Mallah’, whose cadences were maintained in the more recent switch to ‘Critical Race Theory’, so I didn’t take personally my own name being set down to a familiar marching-beat rhythm: ‘Andy, get out. We know what you’re all about.’ But while taking up the clear-eyed, all-knowing, hermeneutically suspicious position of the nazi thug who sees through the spin to the real core of (((managerial corruption)))), this chant also made an insinuatingly racialised recourse to my broadcasting.

I’m not the first person to note that, while the authority of the nazi thug is augmented by platforming him via the ABC, Channel 7, or Sky News Australia, the authority of media pundits is undermined by ignorance. In January 2019, when Alan Sunderland was attempting to comment on a rally organised by Fraser ‘Final Solution’ Anning in St Kilda, for example, it was notable that he wrote: ‘Personally, I wouldn’t call them Nazis. That implies a formality and consistency of belief that is not warranted by the facts. I’d call them people making nazi salutes. Accuracy matters.’

Or perhaps in my case, some uncertainty hangs over my surname—the relative exoticism of which causes some to hark back to the semi-legendary Melbourne anarchist John William ‘Chummy’ Fleming (1863–1950), described as having been a ‘gentle man, affectionately regarded by later generations, [who] looked forward to a millenium in which happiness and brotherly love would prevail’ and who, for ‘his part in the growing militancy of the unemployed … was beaten up by paid thugs and isolated from mainstream politics’. Hard to shout convincingly through a megaphone when you’re bruised and bloodied. (For the record, the emphasis remains on class struggle.)

But either way, wage theft is bAd, mmmkay?

I live in Melbourne, Australia. I like anarchy. I don't like nazis. I enjoy eating pizza and drinking beer. I barrack for the greatest football team on Earth: Collingwood Magpies. The 2021 premiership's a cakewalk for the good old Collingwood.
View all posts by @ndy →
This entry was posted in !nataS, Anti-fascism, Broken Windows, Media, Sex & Sexuality, State / Politics, Student movement, That's Capitalism!, War on Terror. Bookmark the permalink.