Federal and Victorian police conducted several raids on houses in Melbourne and Victoria today, seemingly on the basis that some local radical right-wing activists had been planning harm to Victorians:

Victoria police counter terrorism command Assistant Commissioner Ross Guenther​ said that earlier this year they had received information that suggested there were individuals or an individual looking at either advocating harm against Victorian individuals or producing documents that might lead to the harm of people in Victoria.

“I’m very pleased to say I think we’ve interrupted something that could have been quite serious in terms of harm to our community,” he said.

The only person thus far named in association with the raids is Phill Galea; Galea has previously been charged with various weapons offences connected to the ‘patriot’ movement and its activities and first came to my attention back in April 2010, when he attended a failed rally ‘against immigrants and Islam’ in Melbourne and was photographed sieg heiling counter-protesters. In 2015, Galea jumped on the Reclaim Australia and United Patriots Front (UPF) bandwagon; of late, he’s also been working with the True Blue Crew (TBC), attending their flag-waving event on June 28 and indicating an intention to attend the TBC picnic rally being held in Melton tomorrow. 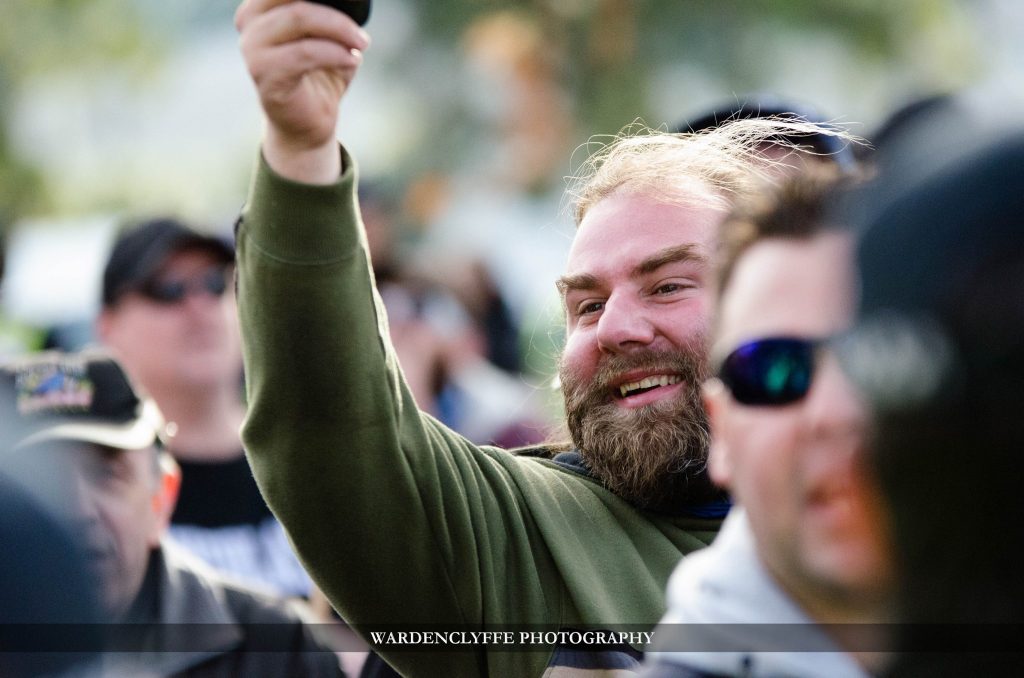 Bizarrely, in response to Galea’s arrest, his comrade Neil Erikson published a video in which he claims to have texted Galea immediately after his arrest stating ‘I dumped the stuff’. Pretty silly behaviour … but then again, Eriskon is a very silly boy.

Finally, both the Aryan Nations and the Ku Klux Klan seem to have made an appearance on the list at some point but are currently not listed. Back in May, several Aryan Nations members in Perth were arrested and charged with murder; they’d previously hosted the UPF when they travelled from Melbourne to attend a joint Reclaim Australia/UPF rally.

3 Responses to Melbourne ‘terror’ raids : Phill Galea in trouble with the law (again)