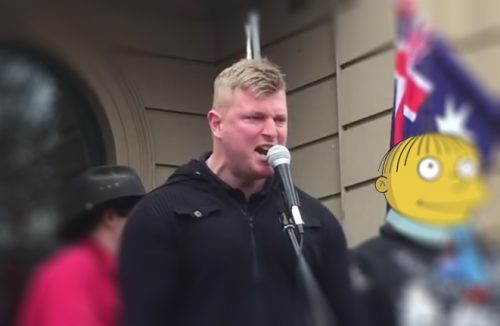 Between the time of the announcement and the UPF boarding the failboat, the boys went to Toowoomba, Orange and Bendigo trying to drum up support for their crusade. It didn’t really work out all that well (Anti-Islamic group United Patriots Front picks wrong Qld town for party, Brisbane Times, February 11, 2016). Along the way, the UPF & Co were condemned by the NSW Parliament and at the beginning of June Daniel Flitton (Election 2016: How far-right politics crashed and burned in Australia, The Sydney Morning Herald, June 5, 2016) wrote of the patriotik/anti-Islam movement:

Just a year later, the heat has gone out of anti-Islam politics in Australia. Violent clashes by fringe radicals wearing Australian-flag masks in Coburg last week attracted ridicule, not fear, and Blair Cottrell, the Hitler-sympathising leader of the right-wing street movement, the United Patriots Front, was howled down when he fronted a rally of aggrieved dairy farmers. In the federal election campaign, various anti-Islam parties and candidates have been entirely invisible to the general public.

Most recently, UPF fuehrer Blair Cottrell had his violent criminal record made public:

Boys will be boys, amirite?

In any case, UPF internal discussions revealed that both Cottrell and his Perth lackey Dennis Huts expressed concern over running for public office given their respective criminal records; see : Current Issues Brief No 22 2002-03: Crime and Candidacy (Ian Holland/Politics and Public Administration Group, March 23, 2003):

In early 2003, the media reported that convicted bomber and racist Jack van Tongeren had been released after serving 12 years jail in Western Australia and was now interested in seeking election to the Senate. Western Australia’s Attorney-General urged the Commonwealth to tighten its restrictions on candidates. Under Western Australian law, van Tongeren cannot stand for State Parliament, but the Commonwealth’s restrictions on qualifications to be a member of parliament are less severe. Should a criminal conviction render a person ineligible to become an elected representative in a democracy? This Current Issues Brief discusses the limits placed on the ability of people with criminal convictions to stand for parliament.

Jack’s Senatorial campaign — like the UPF’s abortive entry into the formal political arena — was not a great success, and ended up with a number of boys (including Jack) going (back) to jail.

Also possibly going to jail are members of the Perth-based Aryan Nations, a 21st century attempt to revive neo-Nazi fortunes out West (see also : Combat 18). The UPF were guests of the Aryan Nations when they attended a UPF/Reclaim Australia rally late last year, though strangely they’ve not copped to the fact.

So, while UPF/Fortitude is not gonna be winning any votes tomorrow, a number of other far right political projects will be; they’ll also be pitted against one another in the following electorates:

Whose ideological cuisine will reign supreme? 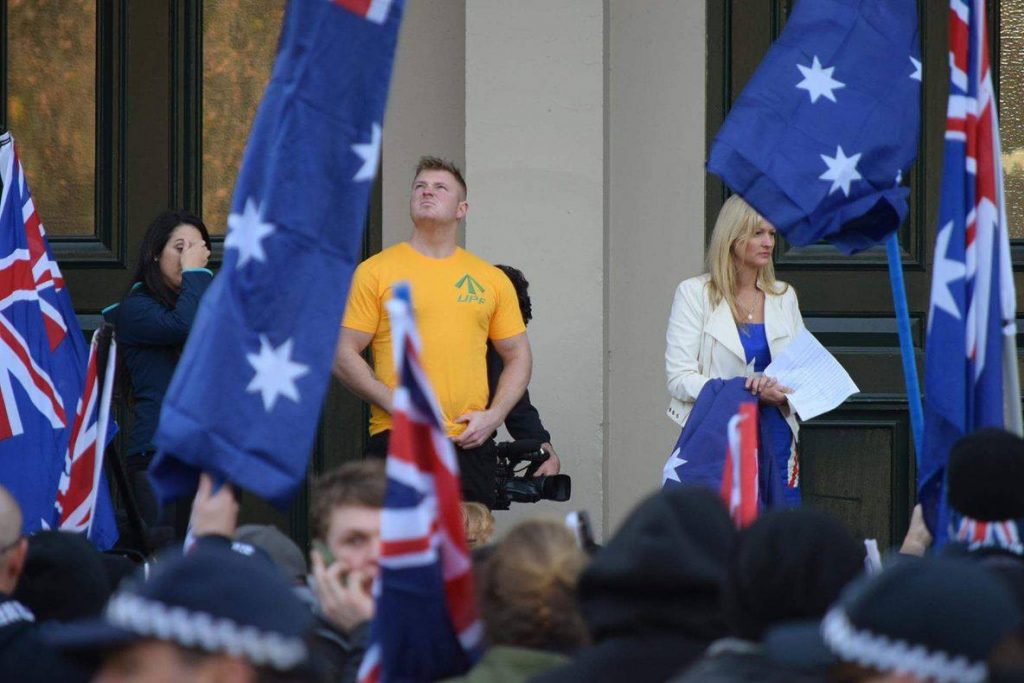