[Update (March 24, 2019) : ABC’s ‘Background Briefing’ has published a report which documents the links the alleged Christchurch killer had with the Australian far right, including the fact that he described prominent neo-Nazi figurehead Blair Cottrell as his ‘Emperor’, and expressed a desire to join Cottrell, his then-group the United Patriots Front, members of the True Blue Crew, Combat 18 and Antipodean Resistance at the June 2016 racist rally in Coburg: “Communists will get what communists get, I would love to be there holding one end of the rope when you get yours traitor,” Tarrant posted. See : Christchurch shooting accused Brenton Tarrant supports Australian far-right figure Blair Cottrell, Alex Mann, Kevin Nguyen and Katherine Gregory, March 23, 2019.

In other news, following the massacre, Nathan Sykes, the notorious neo-Nazi troll, Australia First Party member, The Daily Stormer trollumnist and editor of ‘United Nationalists Australia’ blog got arrest: ‘The decision to arrest and charge Mr Sykes was made by senior NSW police just hours after The Age and Sydney Morning Herald revealed how officers had shelved an investigation’ into threats he made against freelance journalist and lawyer Luke McMahon. See : Police swoop on right-wing troll over alleged violent threats, Nick McKenzie and Richard Baker, The Sydney Morning Herald, March 22, 2019. See also : On Troll Hunting (Ginger Gorman), February 16, 2019.] 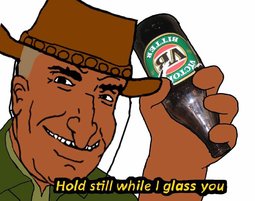 I haven’t had time to really process things inre the horrific massacre in Christchurch last week, but insofar as one of its effects has been to focus attention on the far-right in Australia & Aotearoa/New Zealand, I’ve endeavoured to share some of what I understand of the situation on Twitter. My initial reaction, in which I expressed shock but not surprise, is captured by Threadreader here; I examine some of the immediate effects of the massacre upon and provide a few details inre the far-right in Aotearoa/New Zealand here; I also took the opportunity to take a closer look at Senator Fraser ‘Final Solution’ Anning’s antics at his meeting in Moorabbin the day after the slaughter, along with ‘eggboy’, here. Finally, inre David Wroe and Max Koslowski’s article (March 19, 2019) on Australia’s right-wing extremist problem: Are we doing enough?, I provided some supplementary notes regarding the various groups they name here.

Obviously, a lot more could be said on the subject, has and will be. Some of this discussion has been useful and interesting, while other reflections have been far less so. Ghassan Hage’s White entitlement is part of the very structure of Australian society (The Guardian, March 18, 2019) provides useful context, while the ACRAWSA statement ‘For Muslim People’ of yesterday is worthwhile reading. Finally, Jason Wilson’s articles on Do the Christchurch shootings expose the murderous nature of ‘ironic’ online fascism? (March 16), Islamophobia is practically enshrined as public policy in Australia (March 17) & Eco-fascism is undergoing a revival in the fetid culture of the extreme right (March 20) are germane, as are the statements by Tame Iti and Marama Davidson.

See also : The Australian neo-fascists who swim in the same sewer as the Christchurch terrorist, Tom Coburg, The Canary, March 19, 2019.

At present, it seems likely that [T]he Christchurch killer did in fact have some interactions with other far-right figures in Australia at least, but given that investigations are ongoing, presumably those connections, if they exist, will come to light sooner rather than later. There’s also been a whole lot of other stuff going on that I’ve been unable to blog about, but a few highlights include:

• Senator Fraser ‘Final Solution’ Anning has doubled-down in the wake of the massacre, and continued to act like the compleat shitkvnt he is. Fortunately, I expect that his associations with (other) elements of the extreme-right in Australia, which are quite extensive, will also be explored in greater detail sooner rather than later.

• Predictably, the massacre has caused many on the local far-right to do one of two things: do an Anning, or run for cover. Of the former, Anning fanboy Neil Erikson has described the massacre as ‘karma’; others, chiefly (but not always) anonymously, have celebrated it. Among those choosing the second option are those gathered around ‘The Dingoes’ podcast, whose online presence has in the last day or two been scrubbed. This is presumably on the basis that one of the few concrete linkages between the killer and the local AltRight — in particular its resonance with various elements of their online culture — has been through way of the Aussie Shitposter meme, which The Dingoes helped to popularise and which the killer subsequently adopted, both on his Twitter account and on 8chan. See : Alleged mosque shooter’s meme popular with Australian far-right group, Patrick Begley, The Sydney Morning Herald, March 15, 2019. Begley writes that: ‘The Dingoes, who do not reveal their identities, run a podcast called The Convict Report that has in previous years hosted former Labor leader turned One Nation candidate Mark Latham as well as Nationals MP George Christensen.’ But while they may not reveal their identities, their identities have been revealed. See : TheDingoes.xyz /// The Convict Report /// DingoCon (July 8, 2017). And while The Dingoes have attempted to develop a more determined AltRight vernacular for Australian shitposters in particular, it’s also worth recognising their participation in a broader network centred on the US neo-Nazi website and podcast network ‘The Right Stuff’.

• Another effect of the massacre has been to cause some mild embarrassment to the Australian government. Hence for the last nine months or more, various attempts have been made by local racists to import Milo Yiannopoulos to the country for a speaking tour. Currently, responsibility for the tour has been assumed by Damien Costas and Penthouse Australia. While the Minister, David Coleman, denied a visa to another speaker, Gavin McInnes, late last year, prior to the massacre, against the advice of his Department but following a campaign by Pauline Hanson and Newscorpse, he was happy to issue one to Yiannopoulos. After the massacre, that decision was reversed, and it appears as though the tour, after numerous other delays, will now be cancelled. See : Milo Yiannopoulos promoter Damien Costas on thin ice, Myriam Robin, Australian Financial Review, March 17, 2019 | Sydney porn king bankrupted over unpaid debts, Andrew Hornery, The Sydney Morning Herald, March 20, 2019.

The massacre has generated a vast commentary. The following are just some of the items which have caught my eye and which I think are interesting. I may add to the list over time.

Along with the New Zealand National Front, another smol neo-Nazi group that has come under some scrutiny in the wake of the Christchurch massacre is the ‘Identitarian’ ‘Dominion Movement’. Its leader is a bloke called Jarrad Randell-Walsh. See also : Austrian far-right activist raided over possible donation from New Zealand shooting suspect, ABC, March 27, 2019.

Spotting the signs of white supremacy in New Zealand, Mava Enoka, Noted, February 21, 2018
The story of White Supremacy, William Ray, Radio New Zealand, March 26, 2019 (‘Since the attack in Christchurch, many people have called for New Zealand to examine its history of white supremacy. In this special episode of Black Sheep, William Ray looks at the origins of this ideology, how it warped and changed over time, and how people have fought against it.’)
The ‘growing’ white nationalist group with a ‘harmful and violent’ ideology, Thomas Manch, stuff, March 26, 2019

Statement From The Australian Muslim Community on Christchurch and Islamophobia

As a community, we are shattered by the recent act of terror in Christchurch.

For years, we have warned against the use of racist and discriminatory language in media and politics. We warned that this creates a culture of fear and hysteria that would inevitably result in exactly this type of attack.

We also acknowledge our brothers and sisters in the Indigenous community who have resisted white supremacist violence on this continent for over two centuries.

We owe it to the victims of this massacre to bear witness to the truth of why they died. Their deaths cannot be used to whitewash the reality of how this occurred.

While our political leaders have expressed sympathy over the deaths of our brothers and sisters, there has been little responsibility taken for their own role in creating a political climate that has demonised the Muslim community for decades.

Sadly, we remember the numerous times the Coalition have used the Muslim community as targets in vicious debates around immigration, multiculturalism and national security.

We remember when Liberal Party Senators lined up to kiss, hug and shake hands with Pauline Hanson – a woman who has referred to Islam as a ‘disease’ – following her openly Islamophobic return speech to Parliament.

We remember when Liberal Party Senators openly congratulated Fraser Anning after his explicit reference to a ‘final solution’ when discussing Muslim immigration.

We remember when Peter Dutton suggested that sections of our community should never have been allowed into this country in the first place.

We remember when elected Liberal Party representatives campaigned to remove Section 18c of the Racial Discrimination Act under the guise of protecting ‘free speech.’

We remember when Liberal Party Senators joined One Nation to vote in favour of the white nationalist slogan ‘It’s OK to be white.’

This climate of hostility breeds discrimination, harassment and ultimately violence.

A truly safe society is one where no community should fear that they will be made scapegoats or demonised for the sake of cheap political point-scoring.

If our leaders are truly committed to building a society where our community can live in safety, they must make real assurances that they will not resort to this language of racism and division.