Like ice through a crackpipe, so are the days of our white pride 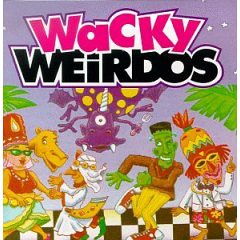 Keeping track of the soap opera that is the local franchise of convicted criminal Don Black‘s racist Internet site Stormfront is becoming increasingly difficult. Several weeks ago, its two leading lights, Perth-based couple David Innes (Baron von Hund) and Lilith Peterson (Lilith) declared that, as a result of the slings and arrows of outrageous fortune (fired at them by their fellow bigots), ’tis perhaps nobler to permanently retire from the world’s largest White supremacist online forum than to take up arms against a sea of far better spellers. Or to put it another way: their membership had passed on, was no more and had ceased to be. It had expired and gone to meet its maker; a stiff, bereft of life, it rested in peace. And if FDB! hadn’t nailed the pair to its site long ago, their participation would be pushing up the daisies. Their involvement in Stormfront, in other words, was off the twig; it had kicked the bucket, shuffled off its mortal coil, run down the curtain, and joined the choir invisible. David and Lilith, in short, were ex-members.

Well, for a short while anyway.

But just as Innes’ first retirement in March was rather brief, his second disappearance has proved to be as short-lived as the first, and — like the monster from some B-grade horror flick — Innes is back; tinfoil helmet firmly affixed to his meat head, and partner and Chief Protector Lilith firmly in tow.

Everyone Wants To Be Moderator

Since David and Lilith’s departure, there’s been a few changes on SFDU, chief among them a temporary settlement to the squabbling over who gets to be Don Black’s deputy sheriff in the Pacific. Consequently, for now at least, this privilege is reserved for a teenaged Novocastrian named Rhys. And unlike David, Rhys is a firm supporter of Australia First and its fuehrer, the soon-to-be-exonerated-of-his-criminal-conviction Doctor James Saleam; Rhys happily ignoring, as do most if not all of Saleam’s supporters, the fact that Herr Doktor’s of non-White descent. Not that this is all that unusual among ‘White nationalists’. Thus another prominent, local example of a wacky not-quite-white racist is ‘Java’ Jack van Tongeren, a man whose father was of Javanese descent, and who attempted to expunge the memory of this shameful legacy by blowing up Chinese restaurants. Fortunately, like another moustachioed figure from the past, Jack has since turned to painting.

In the world of racist rock ‘n’ roll, on the other hand, the collapse of Panzerfaust Records (1998–2005) was the result of the exposure of one of its co-founders, Anthony Pierpont, as being of Mexican descent. (Note that local boneheads Fortress, playing in Melbourne on October 13, released the tracks “Commie Scum” — about, er, their fondness for communists — and “Parasite” — about their willingness to send non-White immigrants home in body-bags — on a Panzerfaust release called Project Schoolyard USA, aimed at recruiting high school students to White supremacism.) And of course, Nicky Crane, co-founder (with the other good fascist Ian Stuart Donaldson) of Blood & Honour, was both gay and died of an AIDS-related illness. Then there’s the case of the bonehead from Adelaide who fell in love with a cross-dressing young woman (with Bonus! penis), or, closer to home, the case of the Right Reverend Patrick O’Sullivan.

And that’s just scratching the surface.

In any case, trading, as Stormfront does, as being the world’s leading online forum for ‘White nationalists’ raises two obvious questions. The first is a person’s status as White; this question being a source of constant anxiety on Stormfront (and one which, incidentally, produces some of the more humourous threads). The second, obviously, is what it means to be a nationalist. In this context, there are almost daily invocations to Odin (and perhaps even the private sacrifice of chickens; you never know with this mob) appealing for his divine assistance in achieving unity among the Bruderhof. But as most soon come to realise, when push comes to shove — and as in ‘mainstream’ Australian politics — it’s the seppos who ultimately call the shots, and most manouevring among the locals revolves around competing to see who can be the most deferential to their foreign masters. And so it was that, upon her return, Lilith re-assumed her role as moderator, only to then be unceremoniously dumped by her superiors — for reasons which remain somewhat obscure, but which may have something to do with allegations that she and her less literate half have somehow collaborated with teh enimy; and which may even involve her having referenced my blog…

The slow demise of David and Lililth on Stormfront is a cause for celebration on local forum Australian New Nation, where Stormfront rejects — survivors of Jack van Tongeren’s ANM and the short-lived White Pride Coalition of Australia — gather under the banner of all things White and Australian: football, meat pies, kangaroos, Holden cars, and a marked tendency to burn in Summer. Oh, that, and a pathological hatred of Asians, blacks, ‘communists’, gays, lesbians and Jews — and black Asian gay communist Jews in particular — combined with a paranoid suspicion of the many machinations of ZOG. Of which, FDB!, we are assured, is merely one of the more visible of its numerous tentacles, whose outrageous assaults upon the honour of upstanding citizens is courageously exposed in the following extract from the online Diary of a NotMadWhiteMan:

Was [David Innes], like [Jim Perren and Pete Campbell], stalked both physically and electronically? Was his computer hacked? Did he receive telephone harassment? Did he have his personal files illegally accessed? Did he [receive] a series of threatening emails from journalists and people claiming to be private investigators or high ranking Jews? Did he have his family members threatened and harassed? Was he falsely accused of “terrorism” and reported to the Federal authorities? Was he named in a national newspaper as a “terrorist”? Has he had FDB! openly solicit for his murder? Did anyone detonate a reasonably sophisticated and shrapnel filled explosive device at his mother’s residence? Has he ever been woken at two or three in the morning by a car horn only to see an FDB! vehicle driving off? Has his car ever been tampered with in his own driveway? And the list goes on…

Ahem. Time for a cup of tea, a Bex, and a good lie down if ever there was.

The ANN site is run by ‘Delos’ (Alex Fogerty) and ‘Trouble’ (Trevor Lewis). Besides these two Übermensch, the ANN / SFDU casualty list includes ‘Lord Sidious’, ‘OZMAN’, ‘Stug111’ (Jim Perren), Imperial Wizard & Emperor Of The IKA KKKK Daevid Palmer, as well as a number of current SFDU members such as ‘Wodensvolk’ (Carl D. Thompson) and assorted other boneheads, Klansmen, racist freaks and anti-Semitic weirdos… kinda like Stormfront itself really. And for which reason, the seppos in charge, in particular “Editor and Stormfront Chief of Staff” jack_boot, have recently been forced to step in and try and sort out the mess…