A Russian blogger found guilty of circulating a racially-motivated murder video on the internet has been sentenced. Viktor Miklov will have to hand over 10 per cent of his salary for the next year. A Court in the Southern Russian Republic of Adygeya convicted the student of inciting racial, religious, and national hatred. The 24-year-old, who was detained in August, admitted to uploading the video of the execution-style killing. The video showed the brutal double murder of a Tajik and a Dagestani by Russian neo-Nazis. Scenes of the beheading of the two victims circulated on the web for 18 hours.

Which is bullshit. The video remains in circulation, and probably always will.

In another report on RussiaToday (which basically duplicates the one above), the blogger’s ID is given as being “antigispyone” on livejournal. That account appears to be no longer active, but the Russian neo-Nazi forum in which he posted the video — and from which it has since been distributed to countless other sites — is still up-and-running, and receives the full support of not only livejournal but, like the movement as a whole, the Russian nanny state.

In other news, according to the UCSJ:

Two youths in Izhevsk, Russia (Republic of Udmurtiya) were sentenced to 13 years in prison for murdering an anti-fascist youth, according to a November 15, 2007 report in the local newspaper Den. The republic’s supreme court found the defendants guilty of murdering Stanislav Korepanov on March 27, 2007. Between 15-20 youths, described by witnesses as neo-Nazis, attacked Mr. Korepanov and his friends as they were skateboarding near an apartment building. Witnesses reported that the attackers yelled “White power!” in English as they beat their victim with chains and bottles and jumped on his head.

However, the prosecutor in charge of the case consistently denied that the killing was motivated by extremism, treating the case instead as an ordinary murder motivated by “hooliganism.” A conviction on an additional count of extremist activity would probably have added to the defendants’ prison time. The author of the Den article accused local officials of deliberately ignoring eyewitness testimony about the attackers’ neo-Nazi links in an effort to cover up the existence of neo-Nazi gangs in the city. “It’s easier just to say that ‘skins’ [that is, boneheads] don’t exist, and then to decide that the problem doesn’t need to be addressed,” the author of the article concluded.

Saratov Anti-[Fascists] Sentenced for Attacking Youth They Thought Was a Neo-Nazi
November 21, 2007

Four anti-fascist activists were sentenced on November 15 to fines and in one case prison for attacking a young man they thought was a neo-Nazi, according to a November 16, 2007 report in the Saratov regional supplement to the national daily Komsomolskaya Pravda. The youths were found guilty of attacking Oleg Yakovlev on June 24 while screaming anti-fascist slogans. The three defendants who were sentenced to fines were convicted of beating Mr. Yakovlev with fists and kicking him; a fourth defendant got three and a half years in prison for hitting their victim with a metal object. Mr. Yakovlev denies being a neo-Nazi and points to pictures of him with normal-length hair as proof[!]. However, his attackers claimed that those photos were altered and that he looked like a neo-Nazi, wearing a typical uniform and having a shaven head at the time of the attack. Danil Vapilov, one of the defendants, was quoted in the article saying that they went hunting for neo-Nazis to attack after attending an anti-fascist rally. “In the battle against fascism, all measures are good,” he reportedly said. “I was right to think that he was a skinhead [that is, bonehead] and I would do it again.”

In Germany meanwhile, the home of Nazism (the doctrine which consigned the Slavs who compose Russia’s neo-Nazi movement to the gulags), the far right, especially in the form of the NPD, is gaining support in the east of the country, especially among poorer, rural workers; angry victims of both the mainstream left and right. According to an ‘expert’ cited in a recent BBC report: “There is little resistance because there are fewer democratic alternatives in eastern Germany, fewer churches, trade unions and NGOs, so civil society is much weaker there. And the mainstream parties are just not active in many places.” Another legacy of the success of ‘Communism’, in other words — a victory which contemporary Bolsheviks have only just recently completed celebrating the 90th anniversary of on November 7. In Australia, the occasion has been noted by the Communist Party of Australia, the DSP organ Green Left Weekly and the Socialist Party, among others, presumably. A correspondent for the Communist Party USA writes of Russian celebrations:

Among those giving solidarity greetings were the Cuban ambassador to Russia Jorge Marti, who said the Great October Revolution touched every country and part of the world. He said humanity was at a crossroads and in order to survive, global transformation would have to be guided by the ideals of the revolution.

Also speaking was a representative of the Communist Party of China. He said the “root of the Chinese revolution lies in the October revolution, which introduced Marxism into China. We are taking our own path to socialism, but we will always remain loyal to the ideals of October.”

Savitskaya recounted the story of Yuri Gagarin, the first human in space. She said he came from a poor family in a rural town. “Look what socialism did for him, what he and the scientific community achieved,” she said. “We want that for every child today – a future with free education and health care.”

The program ended with all the performers on stage. A chorus line of Young Pioneers who have experienced a growth in membership in the last year joined them, in a very moving display. 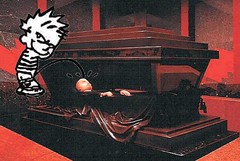 In Australia, celebrations have been much more subdued, but the ideological descendants of Marx, Engels, Lenin and (usually) Trotsky are concentrating their energies on the upcoming election, either not-praying for a few more votes for Greens or socialist candidates, but certainly for an ALP victory.

Anarchy is a fag… still

In Melbourne, local fashion punks have organised another gig at local neo-Nazi venue The Birmingham on December 1, one week after the election. Blood & Honour and the Hammerskins, who’ve most recently drawn support from the Melbourne Croatia Social Club, have recently been joined by a group based largely in Sydney, known as the New Right, and led by a former NPD member and German-born yuppie businessman Welf Herfurth. Like the neo-Nazi movement in Germany, Herfurth espouses the ideology and practice of Kameradschaften; in essence, the construction of an extra-parliamentary support base. Thus in Germany, according to the same BBC report cited above:

Michael Andrejewski “emigrated” from west to east in 2003. He is a lawyer by profession with no political training. Last year he became an MP for the NPD in Mecklenburg-Western Pomerania. I spoke with him at an NPD rally in the town of Pasewalk and asked him about the aims of the party… we help in daily problems, we listen to people and help them with admin and social services. I have street credibility with them because I have been unemployed myself. I have shared their sorrows.” Up to 500 far-right activists took part in the demonstration through Pasewalk. They waved banners and flags with slogans such as “National Resistance” and “More jobs. Fewer immigrants.” Most of the demonstrators belonged to Kameradschaften – or comradeships. The police describe some of these groups as “militant neo-Nazis” and say many are violent and racist.

This is precisely the kind of movement and activity the New Right is intended to help crystallise in Australia. Events such as the annual ISD gig, and groups such as B&H and the SCHS, are intended to provide some recruits; the role of local fashion punks and, latterly, the Croatian community, is to help support the institutions which in turn make themselves available for use by these groups (and to not ask any questions). In this regard, the Melbourne Croatia Social Club and the scabs who continue to play The Birmy have proven to be excellent company.

In the meantime, while a 16 year-old Spanish antifa (a skinhead) was stabbed to death by a 24 year-old neo-Nazi soldier in Madrid, and Bulldog Spirit, despite having a neo-Nazi on drums, continues to receive the support of a wide range of local punks and skinheads, in a local court:

A MAGISTRATE has fined two Ocean Grove footballers and convicted one of them for their “appalling” anti-Semitic attack on a Jewish man outside his home last year. The attack, which involved one of the men calling Menachem Vorchheimer a “f—ing Jew”, caused his family to temporarily move overseas, the Melbourne Magistrates’ Court heard yesterday.

The court heard Mr Vorchheimer was walking to a synagogue with his two children in St Kilda when James Dalton, 27, reached out from a bus carrying his football team to snatch Mr Vorchheimer’s sabbath hat and yarmulke from his head.

After Dalton threw the two items on the ground, an unidentified occupant of the bus “smacked” Mr Vorchheimer in the face with a fist.

When some of the footballers on the bus discussed apologising to Mr Vorchheimer, and Matthew Cuthbert, 24, was wrongly accused of the assault, he made the comment: “I’m not going to apologise to no f—ing Jew.”

Writing in HoWARd’s Herald Sun, Christopher Bantick reckons we oughta “cut to the chase here. Three footballers have been punished for not only offensive behaviour, but racist, anti-Semitic language. They did not turn themselves in. And the “big man” at Ocean Grove who belted a Jewish dad in front of his kids is no hero” (Racist attack on Jews in our midst, November 17, 2007).

On a brighter note : MORE TO COME. STAY TUNED. CHOCOLATE AND SEX.

I live in Melbourne, Australia. I like anarchy. I don't like nazis. I enjoy eating pizza and drinking beer. I barrack for the greatest football team on Earth: Collingwood Magpies. The 2023 premiership's a cakewalk for the good old Collingwood.
View all posts by @ndy →
This entry was posted in !nataS, Anti-fascism, State / Politics, Trot Guide, War on Terror. Bookmark the permalink.