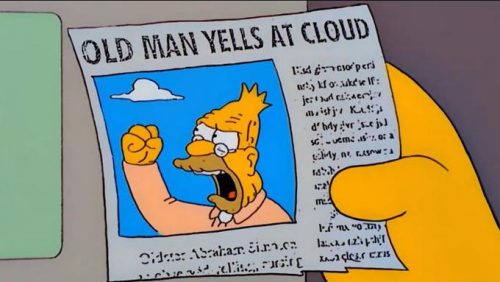 For much of the year, the blog was mostly show notes for Yeah Nah Pasaran!, but I managed to squeeze in a few other bits and pieces. So — also for the record — we spoke to the following during the course of the year:

Thanks to our guests and thank you for listening!

I kicked off the year by announcing that I gots stickers. In December, I still do, so if you’d like some, drop me a line via slackbastard[at]protonmail[dot]com. I also wrote about a CANCELLED! gig organised by some local nazi metalheads: ‘Sad!’. As for YNP!, it began with an interview with Jeff Sparrow about his book Fascists Among Us: online hate and the Christchurch massacre (Scribe, 2019); you can read a recent review by a member of Aotearoa Workers’ Solidarity Movement here.

I wrote about Tsar Vladimir chucking anti-fascists in jail and took a closer look at some of the Australian users of the defunct neo-Nazi website Iron March.

In addition to the usual, I published some antifa notes.

Five years after they shambolically staggered onto the Australian political stage, I took a moment to ask ‘Reclaim Australia, Five Years Later : Where Are They Now?’. I also paid tribute to the Black Star kolektiv.

June was a laddish month, in which I disclosed the location of the nazi groupuscule’s social centre in Rowville and published some further details about its membership. The lease on the property was subsequently CANCELLED! but the boys are eagerly preparing for the upcoming RaHoWa! by carrying on as they always have. I also published some further antifa notes, being an attempt to make notes about antifa.

I published an updated version of A Brief Guide To The Australian Far Right, took note of #j25antifa and had another opportunity to yell at Facebook.

‘The Base’ got a guernsey this month (not that any body was paying much attention), Cucker Tarlson went full antifa, I wrote a letter to Nick Cave about CANCEL! culture and stuck my nose into Friendly Jordies ~versus~ Australian Unemployed Workers’ Union.

In September I wrote about Rehabilitating fascists : Lauren Southern, Sky News & Media Diversity (and how the fascists among us and the Christchurch massacre can be only dimly glimpsed thru the rear-view mirror of NewsCorpse) and examined some of the daft material assembled by the NSW state government and its anti-radikal program Step Together.

On a roll, I wrote about Rise2Peace & Step Together to combat ANTIFA!.

Well, there’s this post, but also some token anarchist notes, more antifa notes and a post about how some local semi-pro anti-semites got cucked.

Finally, I done a coupla interviews this year (for Mont Icons and Where’s My Jetpack?) and published a few things elsewhere, including Galea in prison, Southern on TV: the state of the far right (Overland).

Oh yeah. Like every other schmuck, I gotta Patreon, which you’re welcome to throw money at if you’re so inclined. It contains a few score more posts about All The Things, and because one or three people have requested it, I plan on doing some (more) merch next year.

I live in Melbourne, Australia. I like anarchy. I don't like nazis. I enjoy eating pizza and drinking beer. I barrack for the greatest football team on Earth: Collingwood Magpies. The 2021 premiership's a cakewalk for the good old Collingwood.
View all posts by @ndy →
This entry was posted in Media and tagged blog, Bloggy, blogosphere. Bookmark the permalink.